(Remember to click on the photos for the full-size versions!) 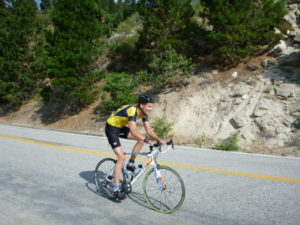 Each block of spare time, therefore, is a choice between major hobbies: cycling, or aphids? Aphids or cycling?  On April 11, cycling got the nod.  On my way out of the neighborhood, I glanced behind me at the wrong time and collided with a little rock in the road.  Little, yes.  But, big enough to bring me down hard on my left shoulder and elbow, resulting in a cracked clavicle, cracked humerus, severely sprained forearm, and third degree AC separation.  Today is June 10 and my arm is still only about 20% functional.  Instead of being 100% despondent, I decided to focus all my now-free-time on aphid field research, and what a spring it has been already!  (Resulting in only 80% despondency!)

Field season actually started with 3 weeks in Germany (May 1-24) vacationing and of course collecting aphids every chance I got. 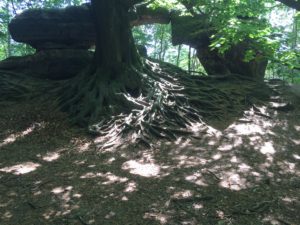 A fabulous beech tree near Dresden.

Mostly, those collections were expected and fairly easily guessed based on host plant, location, and time of year.  But, I think I got a few good samples of Macrosiphum on things like Rubus, Fillipendula, and Rosa, plus some other oddball species I didn’t recognize on Rosa and Malus.  Tragically, I did not find the early spring forms of Macrosiphum melampyri and Macrosiphum prenanthidis, which I had really hoped to find.

Getting back home on May 25, field season started immediately.  So did travel season for my paid employment (see http://www.nwpotatoresearch.com/).

As you may guess, I have many possible field work goals bobbing around in my head at any given time.  Given my busted arm, I decided to pursue every one that I could possibly pursue.  The results are as follows as of today:

Macrosiphum ‘californicum’ on Salix (willows): I have pursued the Macrosiphum on Salix for about 27 years.  The dogma is that there is one species, M. californicum, across all of North America that feeds all year on Salix.  Based on all my samples across the U.S. and Canada I am confident that there are at least two Macrosiphum species on Salix. Yet, I had never seen the early spring generation (fundatrix) and only twice the ovipara (egg-laying female) and male of any of them.  The Macrosiphum on Salix seemed like so many other aphids – appearing out of nowhere mid-season, a sort of spontaneous generation. 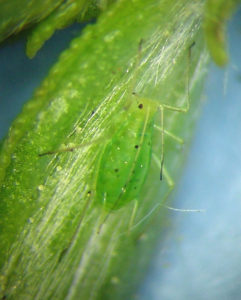 Last fall I collected the fall forms of one of these species in Colorado, and then nearly identical specimens in our local Warner Mountains (Fremont National Forest, Oregon).  Yesterday, I finally collected the fundatrix at that same site.  Halleluiah! Maybe in another 20 years I’ll understand the other species on Salix!

Aphis on Veratrum (cornhusk lily): in about 2010 we were walking through the forest near Hayden, Idaho when I had the realization that perhaps the Aphis that appeared out of nowhere every spring on Veratrum was one of the species that overwinters on Holodiscus (oceansprays, Rosaceae).  Since that time I have been building a set of specimens from both plants that support the idea.  Yesterday, I was finally able to collect some material from Holodiscus at Can Spring in the Warner Mountains and initiate a bagged host plant transfer.  This will almost certainly confirm my hypothesis of host plant alternation.  One of the difficulties of this field work is that the spring forms of this Aphis occur on Holodiscus on high elevation rocky outcrops that get warm far earlier than surrounding terrain, resulting in very difficult spring collecting due to snow-pack on roads.  Luckily, I knew of this particular outcrop that is easily accessible and likely infested. 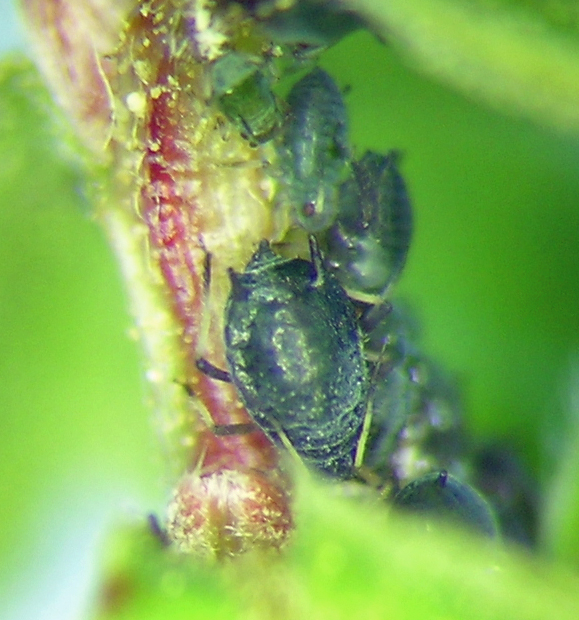 Aphis on Holodiscus, transferred to Veratrum.

Aphthargelia migrating to Polygonum bistortoides (bistort): I noted in a post last year that I had discovered a new host plant alternation biology in Aphthargelia.  My goal this year was to conduct a host plant transfer to confirm the hypothesis of heteroecy.  Sure enough, with all my extra field time I found a patch of primary host, Symphoricarpos oreophilus (?) infested with Aphthargelia ‘symphoricarpi’ and initiated a host plant transfer in my house on a potted Polygonum bistortoides and in the field yesterday on a P. bistortoides in the shade of an aspen in the Warner Mountains.

Macrosiphum on Oplopanax horridum (devil’s club): In 2011 I collected for the first time a Macrosiphum species living among the fruits of a specialized forest plant called Oplopanax horridum – devil’s club.  This plant lives in shady and wet forests of the Cascade Mountains, producing a single tall (i.e. 2 -3 meters) woody prickly perennial stem with large deciduous leaves and red berries each growing season. 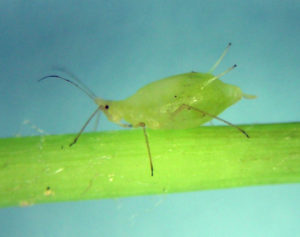 The Macrosiphum that I’ve found on it is very similar morphologically to Macrosiphum euphorbiae (potato aphid), but anyone seeing this species in life would be sure, like I am, that it is distinct.  This month, I had to travel to Portland for a meeting dealing with potatoes and my paid employment, taking the opportunity to stop in the mountains between Sisters and Salem to look for aphids.  In the deepest darkest habitat of O. horridum, I finally found the early spring generations of this aphid, the fundatrix and the winged and wingless viviparae.

In the end, I salute cyclist’s disease! 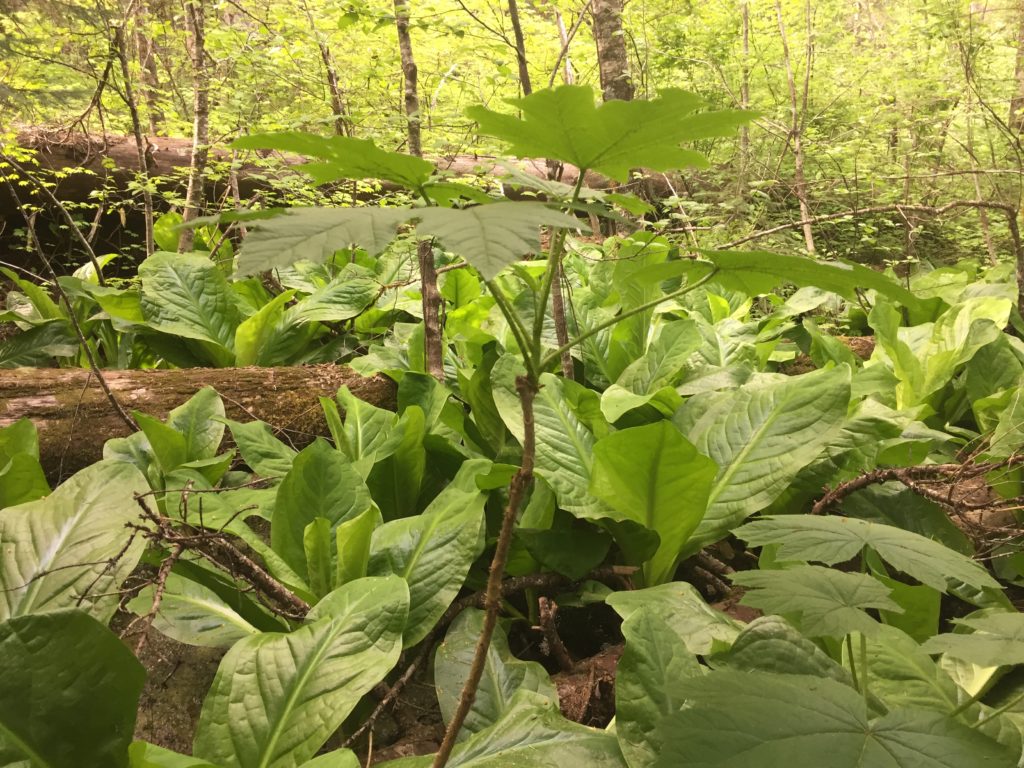