This is yet another genus that appears to be composed of a few species that may not be congeneric.  In my collection I have both species that are supposed to occur in North America, C. eriophori and C. viburnicola, but the former species is far more common.

I see this species here and there in many habitats from the wet mild Willamette Valley of Oregon to cold dry habitat of southern Idaho.  It apparently migrates between Viburnum and various Cyperaceae that I usually lump under “sedge” in my collection (should have joined that intensive sedge identification seminar!). Interestingly, I found apterous viviparae on “sedge” as late as 26 November in southern Idaho.  Like many aphids, this species seems to hedge its bets in a way by keeping viviparous females on the secondary hosts just as long as possible into fall. 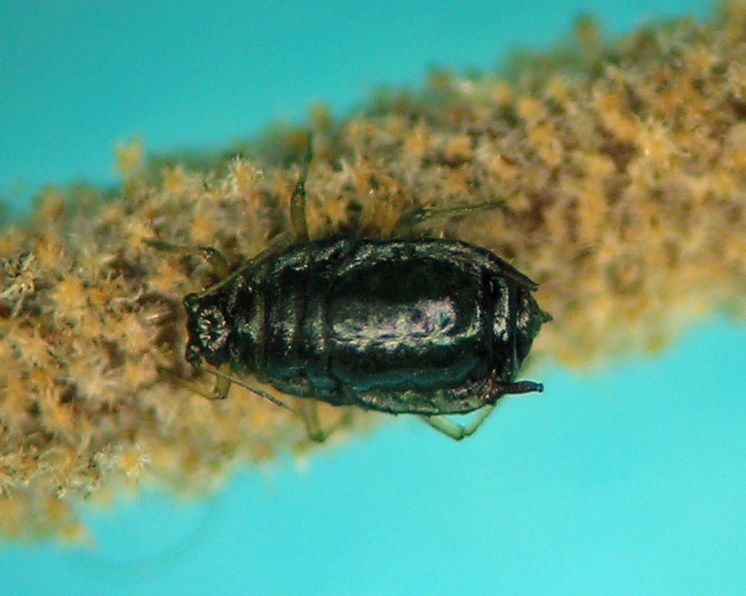 Ceruraphis eriophori fundatrix on Viburnum in central Washington in April.

This species apparently native to North America, feeding on Viburnum in the spring and fall, apparently migrating to Cyperaceae in the summer, but the summer forms have not yet been recognized in the field.  I’ve only collected this species a couple times, but now I have it in my back yard.  Perhaps I should make a concerted effort to find its secondary hosts? 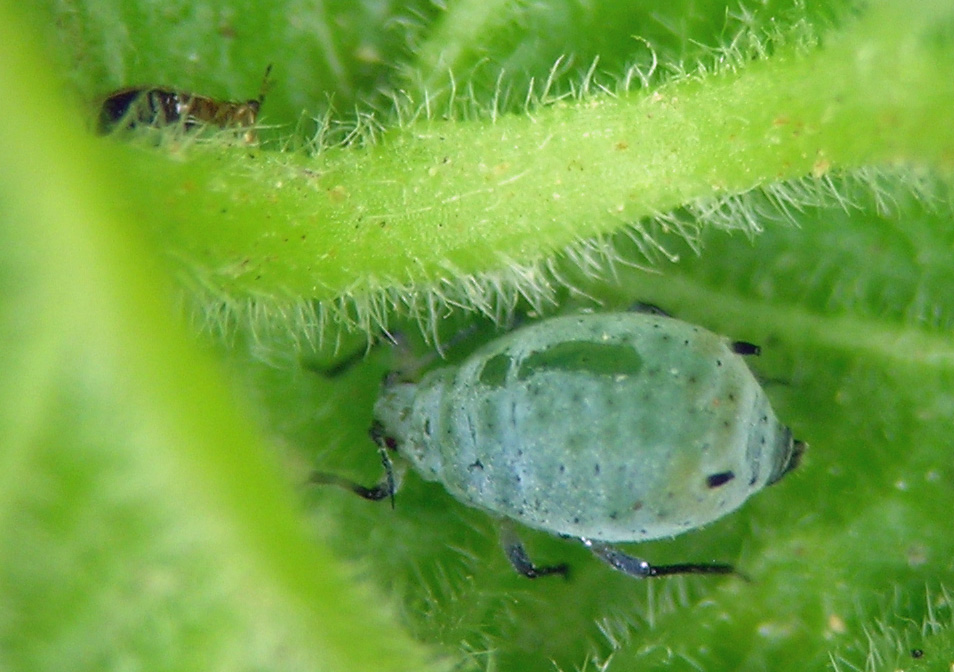 Ceruraphis viburnicola fundatrix on Viburnum at home in Lakeview, Oregon.