After almost 30 years of avidly collecting aphids on wild roses, knowing this species was out there somewhere and feeling frustrated at not finding it, in 2017 I finally stumbled on it just outside Lakeview.  It was growing on a patch of roses on a cold slope in a steep, braided mountain stream.  At first I didn’t know what it was, having never seen a photo of E. nigromaculosum.  I was also thrown off by the short siphunculi that look more like a Brachycaudus or big Dysaphis than what I expected of E. nigromaculosum.  Eventually I realized what I had found, and concluded that the short siphunculi were owing to the fact that these specimens were fundatrices (this stage often has short siphunculi in Aphidinae).  Subsequently I was able to collect summer apterous females, and in early September, oviparae and males. Previous to the samples mentioned above, I had only one specimen of E. nigromaculosum from an unidentified species of Arnica (Asteraceae).  At the time of the collection, I assumed it was a migrant, casually found on Arnica. In July 2019, however, I found several confirmed nascent colonies of E. nigromaculosum on an Arnica in the mountains of eastern Idaho. 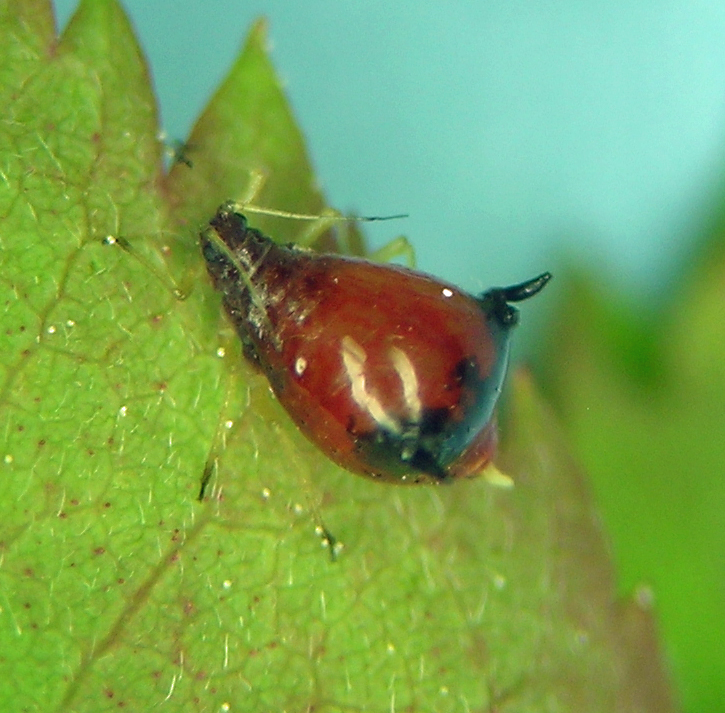 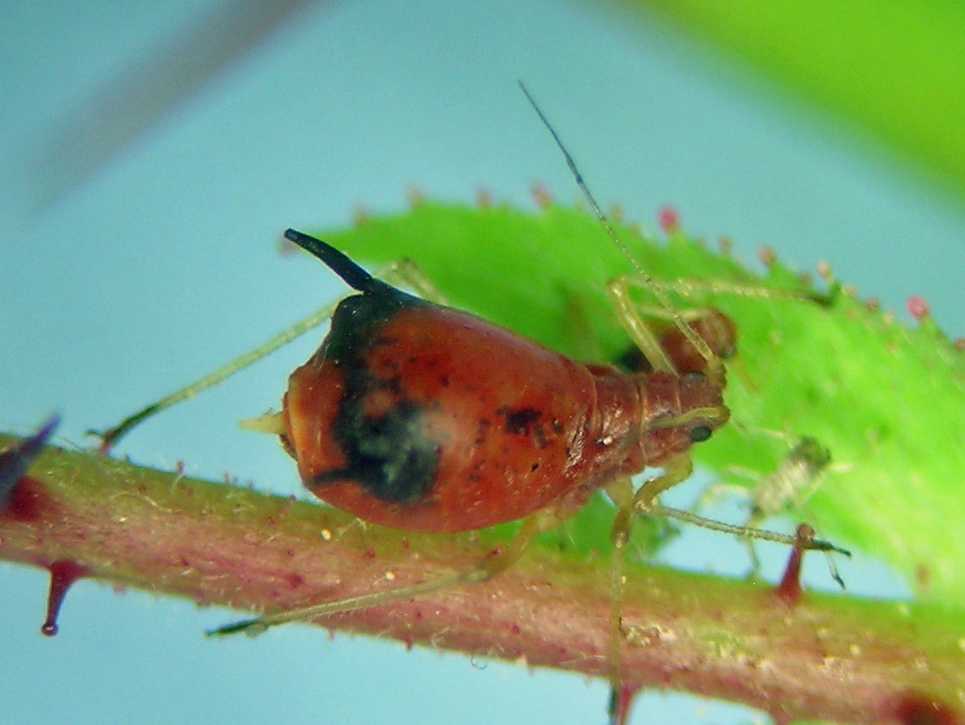 Eomacrosiphon nigromaculosum second generation on a wild rose near Lakeview, OR. 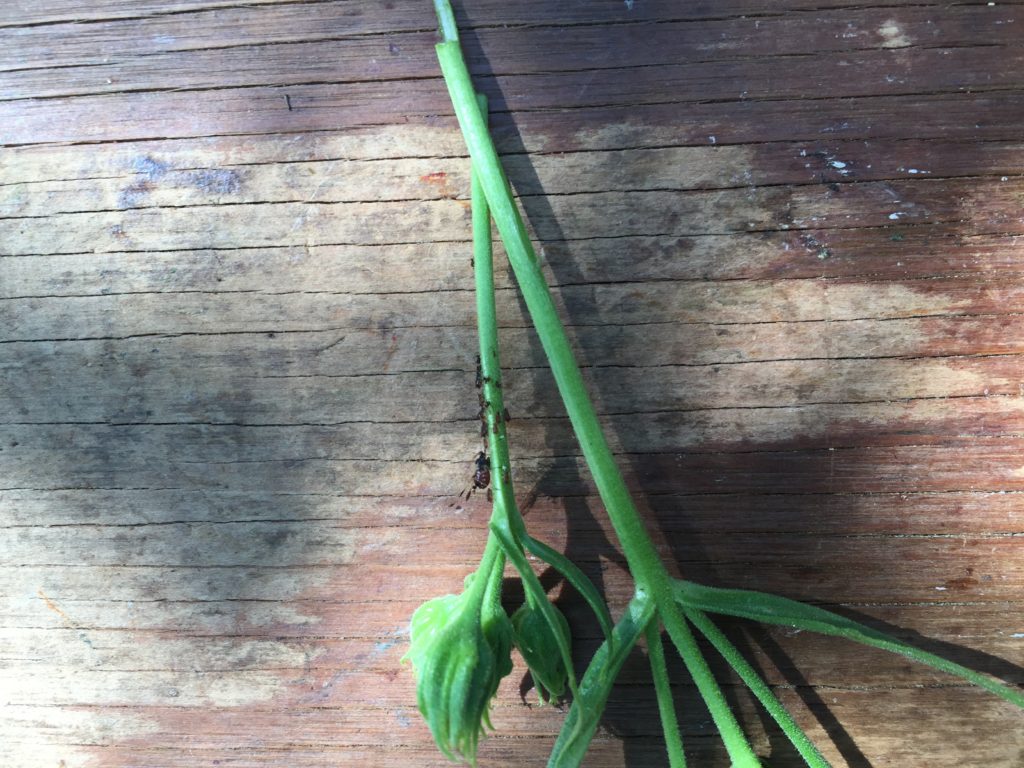 Eomacrosiphon migromaculosum on an Arnica along Mores Creek in eastern Idaho.