This is a genus for over a dozen species, all of palaearctic origin.  Like a lot of introduced species, I tend to pass this genus over rather a lot in my collecting, so the records don’t reflect its true distribution and abundance.  Host plant associations are mostly Caprifoliaceae and Apiaceae.

In my area of western North America, this is the most common species of Hyadaphis.  It has penetrated native forests to some extent, where I have found it on native Lonicera vines.  I have material from Washington, Oregon, Idaho, and California. 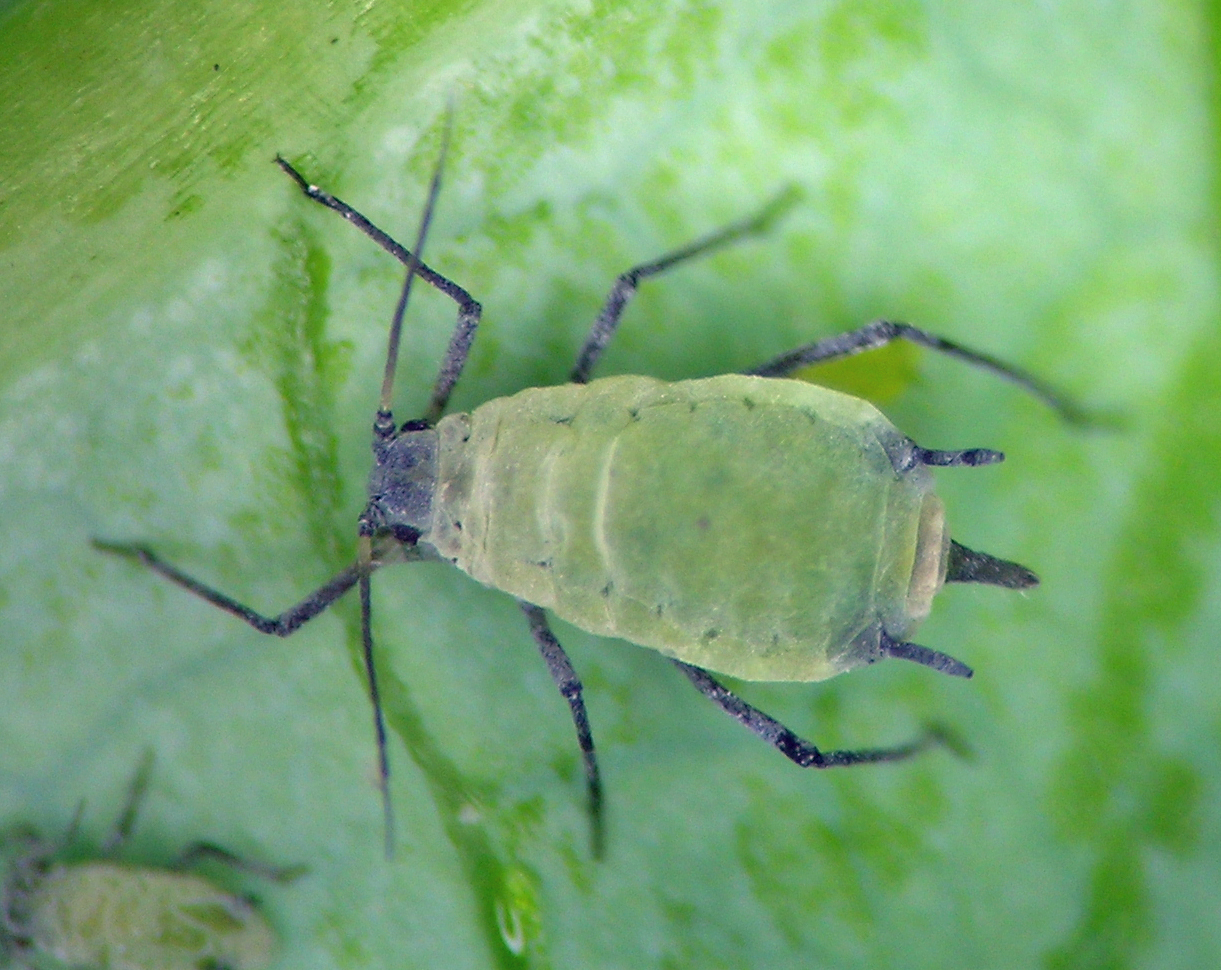 This species has been established and scattered around North America for a couple decades at least.  I have found it only a few times, and collected it only once. It is extremely small and when I’ve seen it, very well-hidden among deformed leaves of its host, Lonicera tatarica. 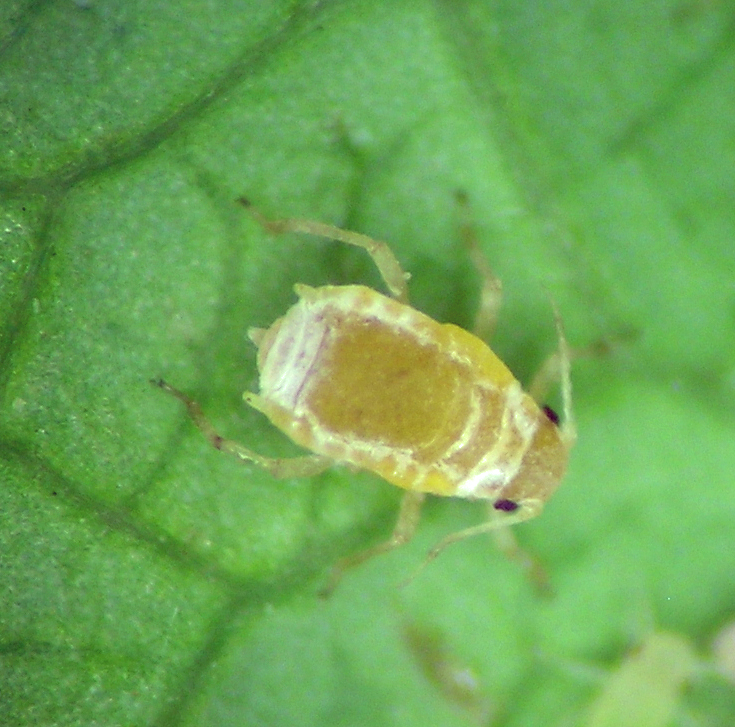 Hyadaphis tataricae from eastern Idaho on an ornamental Lonicera tatarica.