Somewhere else on this site I wrote that in some genera I rarely identify material to species.  Amphorophora is one of those genera.  I find most specimens impossible to confidently identify, and as per my philosophy, if I have no confidence in species-identification, putting a species name on a slide is at best misleading. 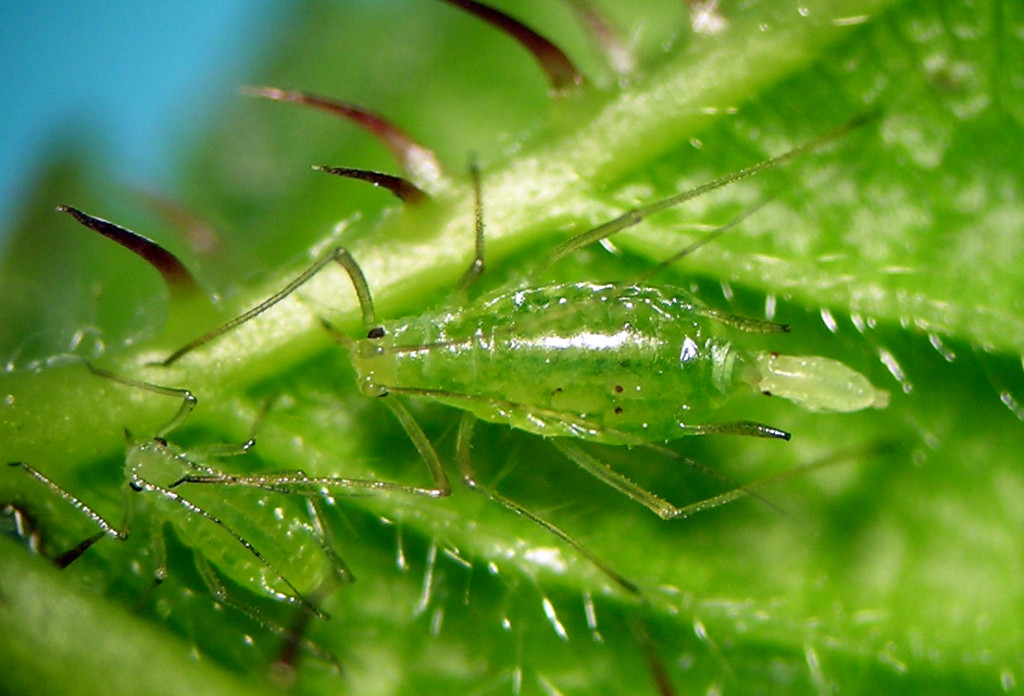 An Amphorophora from Rubus ursinus in western Washington.

Of course one reason for my uncertainty is probably a relative lack of study of the original material, types and so forth, of some of the species.  On the other hand, my collections suggest that there are many as-yet undescribed species, and/or species names that cannot be correctly applied to any apparent species we see in the field.  Back in the 1990s I corresponded regularly with A.G. Robinson, aphidologist in Manitoba, Canada.  For a few years he worked on writing a key to North American species of Amphorophora, but in the end he gave up.  If only I still had that letter (or was it email?) he sent when he told me about giving up.  He was so direct about the challenge this genus posed.  As Blackman and Eastop put it with such delicious understatement, “The nearctic species need revision.”

Some examples of the difficult samples I get are specimens from these plants (besides the terribly difficult species on some native Rubus):

During February of 2018 I studied all my accumulated material of Amphorophora, and found that I could fairly easily group most of the specimens into categories that are probably species.  Within the Rubus-feeders, morphology seems to be correlated with species of Rubus, which is convenient. 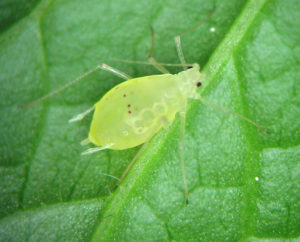 The probably undescribed Amphorophora on Trautvetteria in the Cascade Mountains of Oregon.

The species on herbs such as the ones listed above also seem to be easily sorted, in some cases with more than one aphid species per plant genus.  I also went back and looked at some of the original literature describing North American Amphorophora, finding it terribly wanting in terms of detail.   Therefore, I still have not placed species names on my slides.  I feel fairly confident, however, that if a person had the type material of the relevant species, and it was mounted well, my material could be identified to species.  Further, it could be determined whether some of my putative undescribed species are in fact new.  If I had a Ph.D. student looking for a project, I think Amphorophora of the U.S. and Canada would be a good, do-able project! 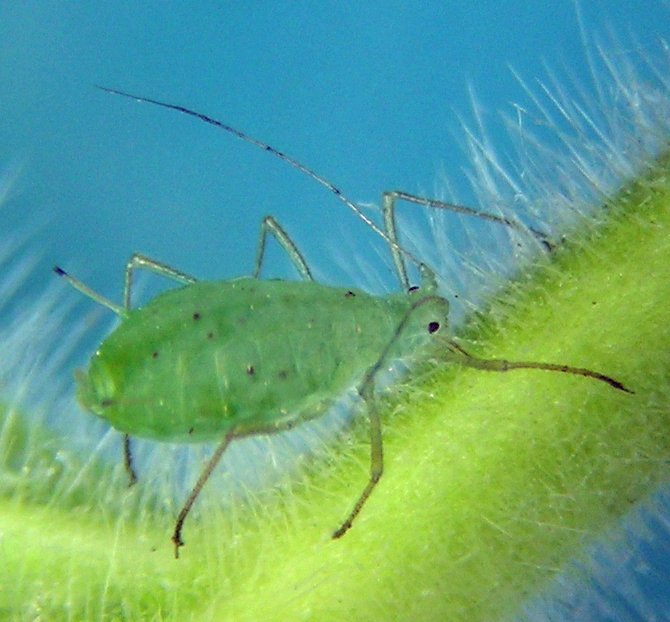 An Amphorophora that I cannot identify to species. It has an abbreviated life cycle, finishing in June, on Geranium viscosissimum. 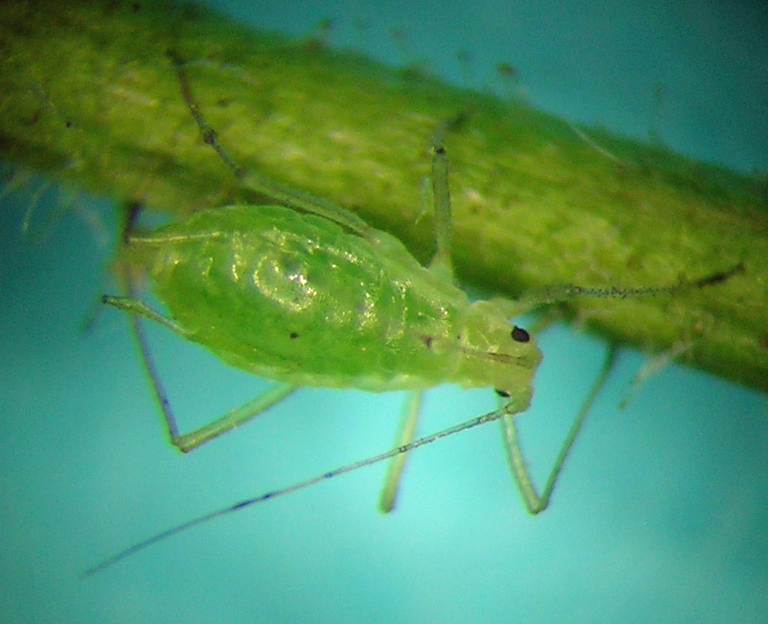 A probably undescribed Amphorophora on an Arnica that was growing at a forested spring in the Warner Mountains of Oregon. Oviparae were also collected, indicating monoecy on this plant.

Ironically, this is the only species of Amphorophora I have both a photo of and confidence in the species name. This is ironic because it has very unusual characters for the genus, and may well not be congeneric with most other Amphorophora. It is easily found on Rubus spectabilis (salmonberry) in western North America. I have material from British Columbia, Washington, and Oregon. 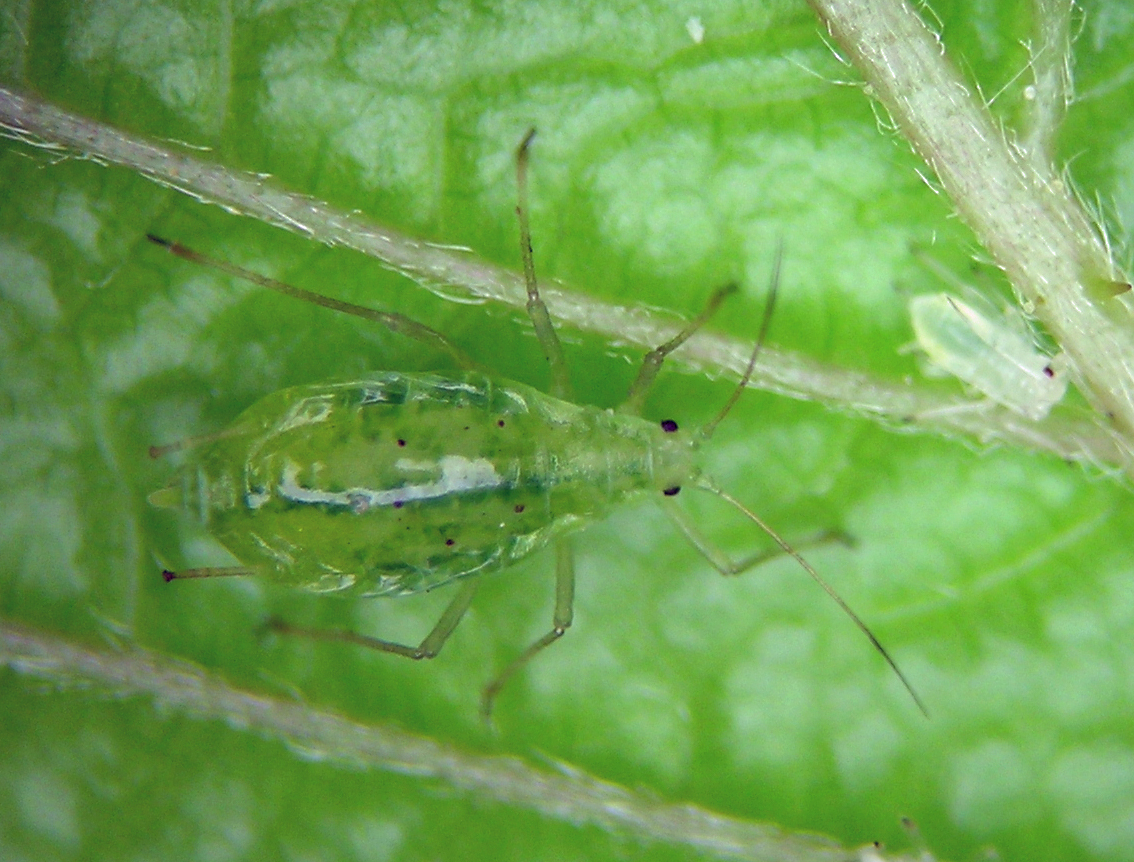 Amphorophora forbesi from a lovely campground on the Nehalem River in Oregon, the day after Memorial Day in 2010. We had the place to ourselves.