This is a genus of less than 20 described species, mostly associated with Ulmaceae (see Blackman and Eastop).  Apparently, all but one of these species are native to Asia and Europe.  I occasionally see the few species that occur in North America, and have a couple decent photos.  They are charismatic and fairly easy to identify on this continent.

This species was recently found in North America, and I occasionally find it feeding on the weedy but incredibly robust and resilient tree Ulmus pumila (a.k.a. Siberian elm).  Almost all specimens of this tree in the western U.S. have a terrible sap-oozing disease, leaf beetle pressure you wouldn’t believe, plus aphid and scale pressure in some locations, yet it chugs away as the only tree that grows quickly to produce shade trees in the semi-deserts I have lived since 1999.  I have specimens from only Washington, Idaho, and Nebraska.

This is the one apparently native species of Tinocallis in North America.  I have picked it up only a few times, perhaps because I have collected relatively little in places where its main host, Ulmus americana, is native.  Interestingly, my photos are from samples collected in early November in Texas.  They were collected in San Antonio as I walked the “river walk,” and I remember talking with a park employee there about aphids as I collected them. 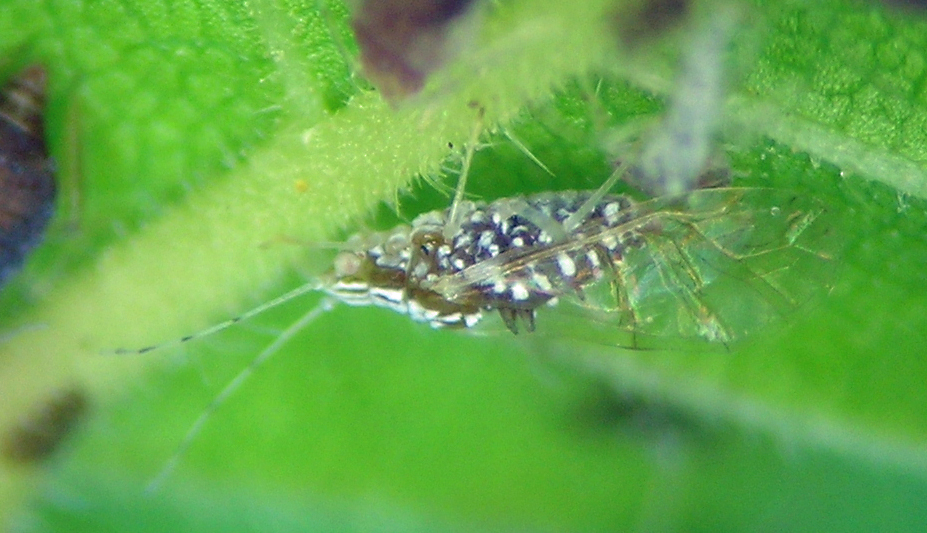 Tinocallis ulmifolii alate vivipara from an elm in San Antonio, Texas in November.