This is a genus name for a collection of very poorly understood aphids that occur across much of North America, Europe, and Asia. I have been pursuing Wahlgreniella for many years, hoping to accumulate enough material to determine how many species there are in western North America and to understand their life cycles.  Unfortunately, I have found enough aberrant samples on unusual host plants that the work is far from done.  One example: in September of 2014 I was collecting in the mountains of the Lincoln National Forest (New Mexico), and was walking through the mountain-top solar observatory site called Sunspot (about 2800 meters elevation), through a windy blowing fog.  On the highest parts of the mountain grows a rose, with strange morphology, that I have never seen elsewhere and on it was a Wahlgreniella that looked different from anything I have seen before.  Another example I have been pursuing since my graduate school years: a common species that I have documented to have a monoecious life cycle on Paxistima myrsinites (Celastraceae) in the mountains of northern California, Oregon, and Washington.  The final link in these efforts was finding the fundatrix in the central Cascades of Oregon on 30 May 2018.

During winter of 2020 I looked through all my Wahlgreniella samples from Rosa. If I were pressed for an opinion, I’d say that there are two common species of Wahlgreniella on roses, both wild and domestic, in the western U.S.  One has long, almost cylindrical siphunculi, lives in all sorts of habitats but most commonly in lowlands and around towns and cities. This species also has quite dense spinules on the ventral surface of the head.  The other species has a longer ultimate rostral segment, long siphunculi with a long thin basal part and a strongly swollen apical part that is distinctly pigmented on the tip. Its head nearly lacks ventral spinules. This form (possibly a species) seems to be the one that migrates to Ericaceae such as Arctostaphylos and Arbutus. Then, of course, there are exceptions, such as the sample from New Mexico mentioned above, a couple other samples from Colorado and New Mexico with rhinaria scattered on ANT III (these could just be alatiform apterae). There are also a bunch of samples from various western states that have oddly short and thick siphunculi but otherwise look like the most common species with nearly cylindrical siphunculi.

Finally, I have many samples of another species that lives on Fallugia paradoxa (Apache plume) in the southwestern states. It has black antennae and tibiae and is strikingly different from the species on Rosa and Ericaceae.

Counting all these probable species in my collection, I get a total of 5, and I wouldn’t be surprised if a bit more field work showed that there are 6. Once again, anybody have some money and a Ph.D. student wanting to get out and see western North America?

This species is most known for its presence on roses across much of the world.  As Blackman and Eastop note, it is thought to be heteroecious in western North America between Rosa and various Ericaceae.  I have always been skeptical of this, but have failed to document anything different.  I definitely see the genus overwintering on roses, both wild and cultivated, and I definitely see it colonizing Arbutus and Arctostaphylos later in the spring and summer. Further, despite much effort I have never seen evidence of fundatrix or sexuales on either of those genera. Since moving to southern Oregon, I am surrounded by these aphids in the nearby forests, and have almost become convinced that this heteroecy is in fact true in the field. Which species name to use for the heteroecious form, however, is not clear, as alluded to above. 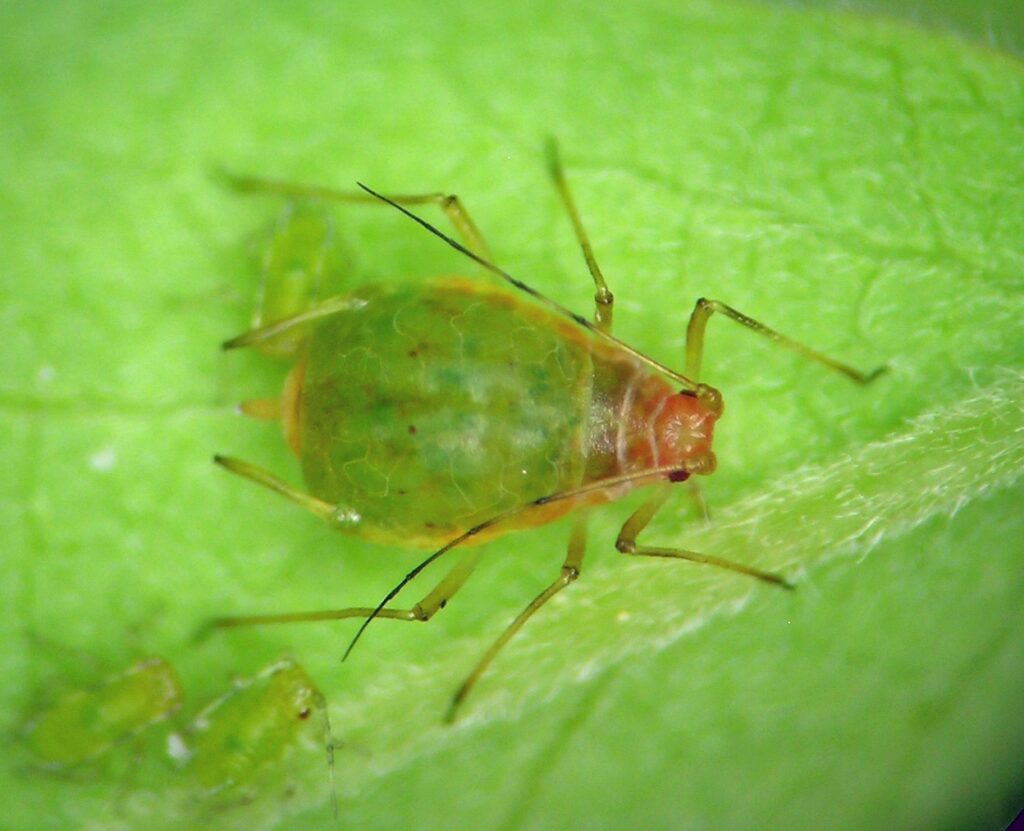 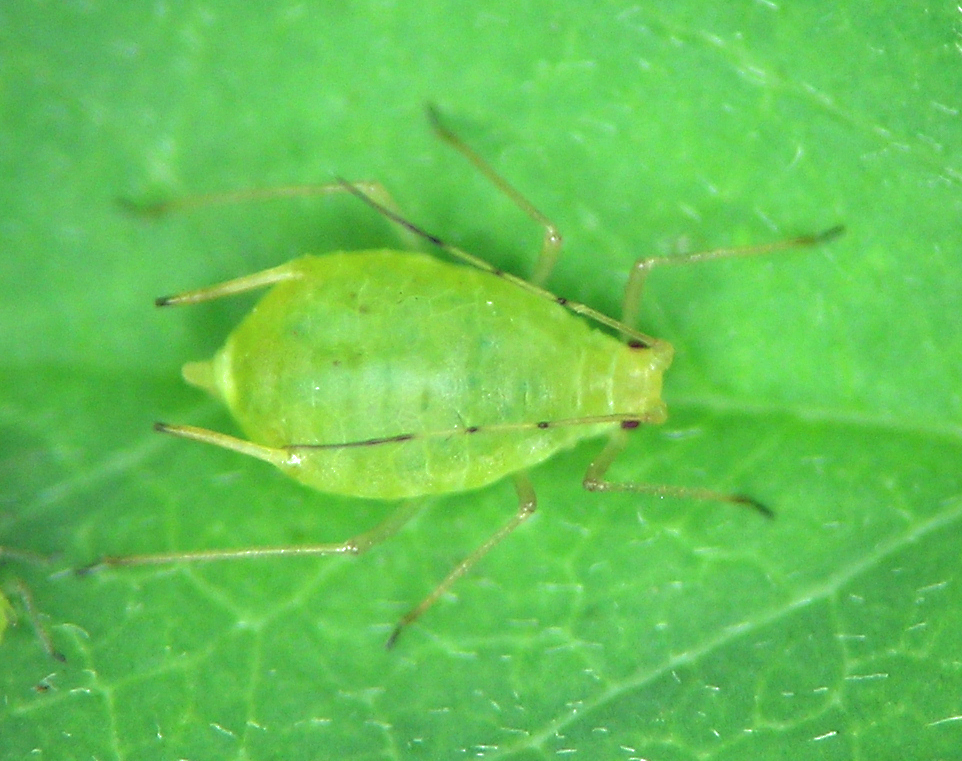 Wahlgreniella fundatrix on wild Rosa west of the Lakeview valley. This and the previous photo show the range of variation in fundatrix color. 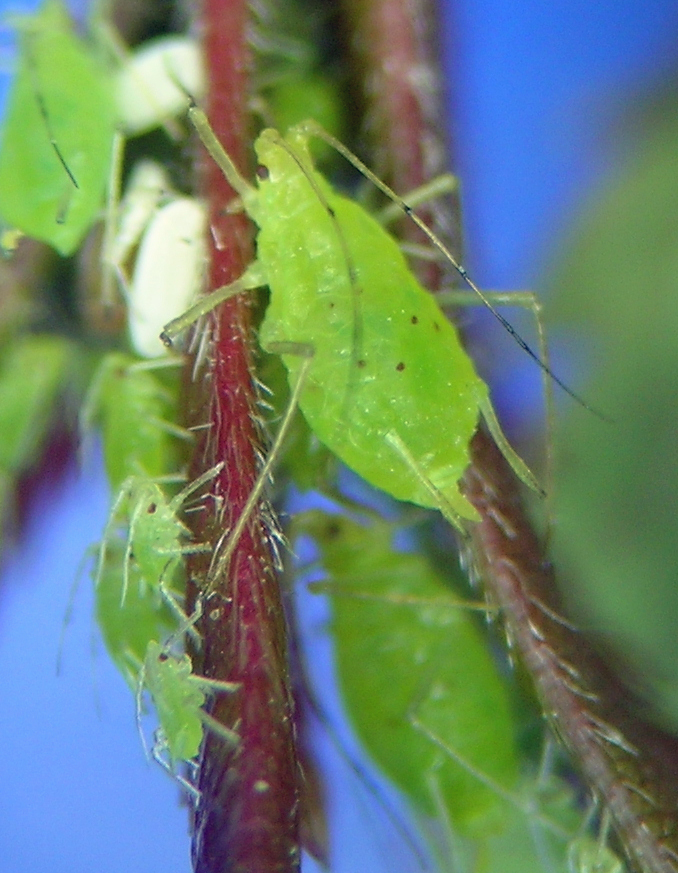 Wahlgreniella  apterous vivipara from rose in our garden in Idaho. 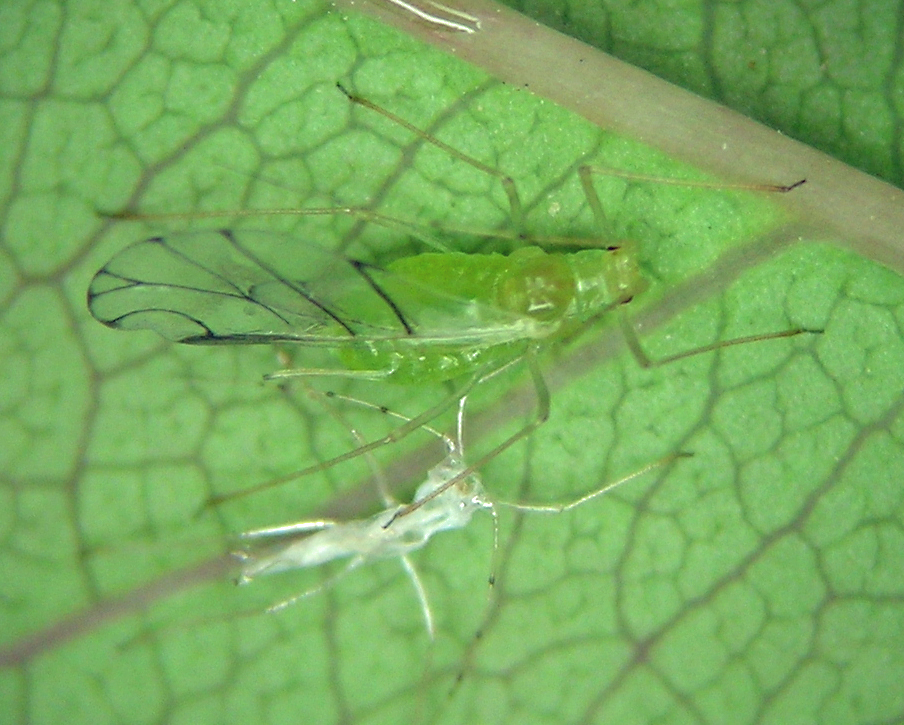 Wahlgreniella on rose in our Idaho graden. This shows the common heavy pigment on the wing veins in the alate viviparae.