This group of aphids is very interesting to me, partly because it seems more diverse than is recognized, and partly because the species are next to impossible to recognize based on the existing literature.  For 20+ years I have been collecting Neonasonovia and filing almost all of them without species names.  The main exceptions, forgive the pun, are my samples of H. (N.) nabali from Maine.  There is a recent publication (Nieto Nafria et al. 2017) describing some morphs and such of American species of this subgenus.  In it they point out the need for thorough study of all the species.  I completely agree.  Based on study of their key and the original literature, species of this genus in western U.S.A. are most not identifiable.  I think in my collection I have about 9 species; it’s possible, however, that specimens on different host plants are more different than one might expect.  This is another example of a really good Ph.D. project, since my collection would be a fabulous start on the morphology and it represents localities that would be fruitful sites for collection of DNA samples. 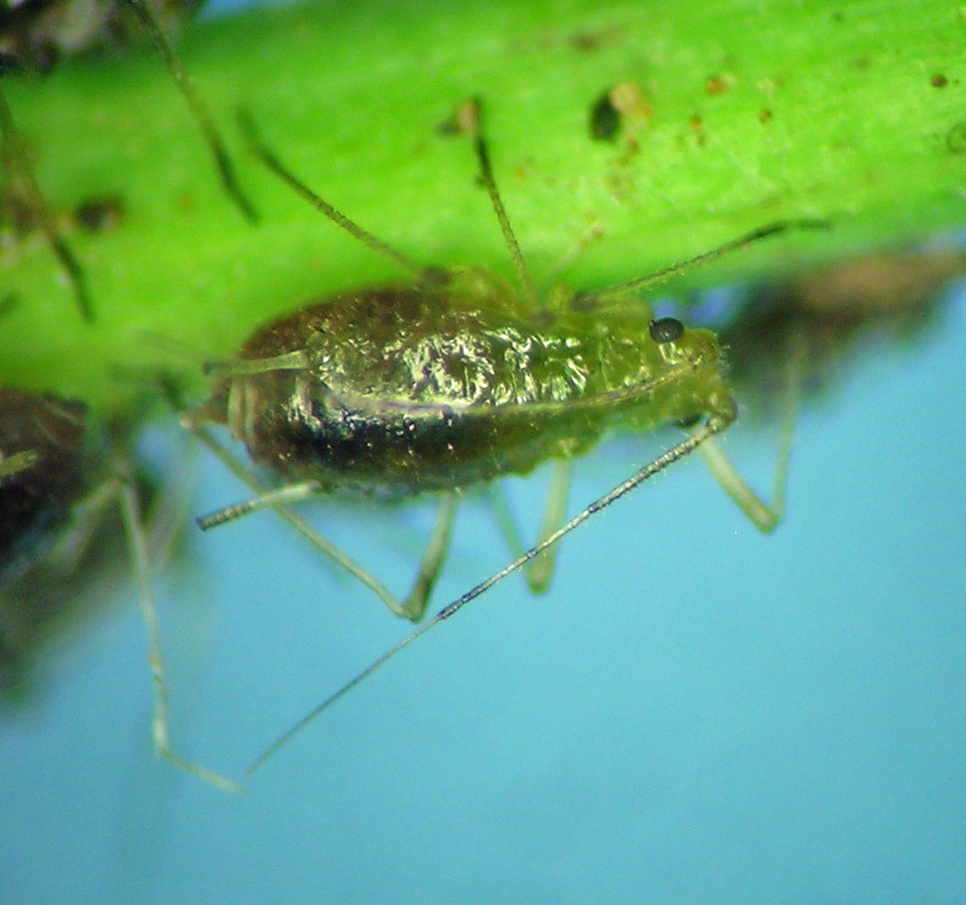 Hyperomyzus (Neonasonovia) species from a Hieracium in the Eagle Cap Mountains of Oregon.

This is one area of my research where better plant taxonomy might be valuable, getting species identifications on the Ribes, Hieracium, and other host plants.

One species that I studied extensively in the field seems to live throughout the year on Ribes aureum, quite probably with a facultative migration to Crepis and related plants.  I have many photos of this one. 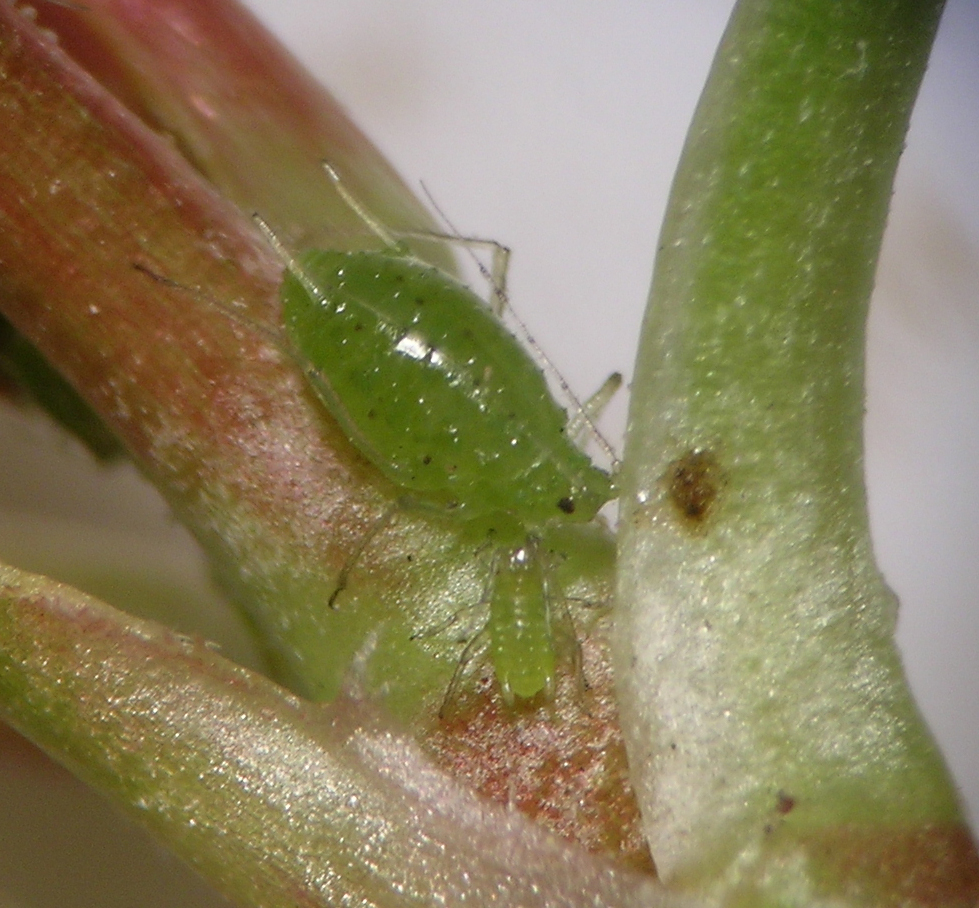 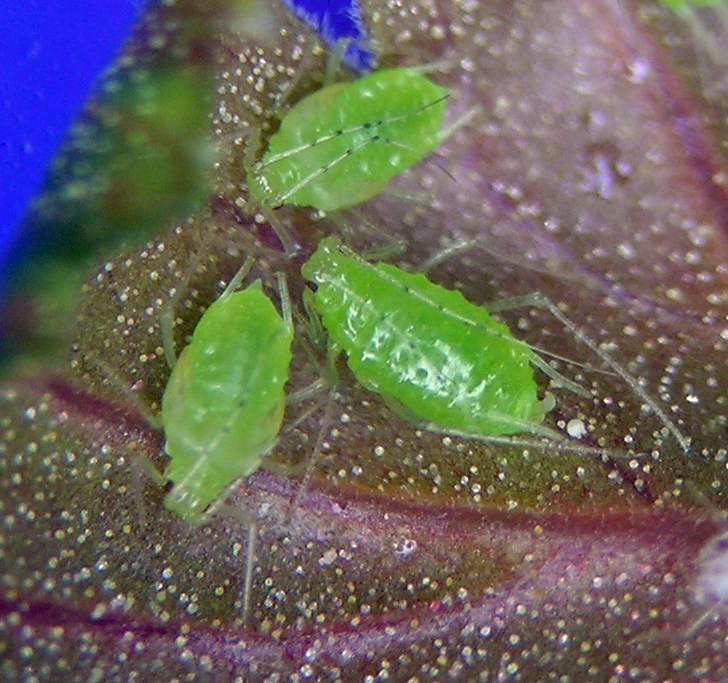 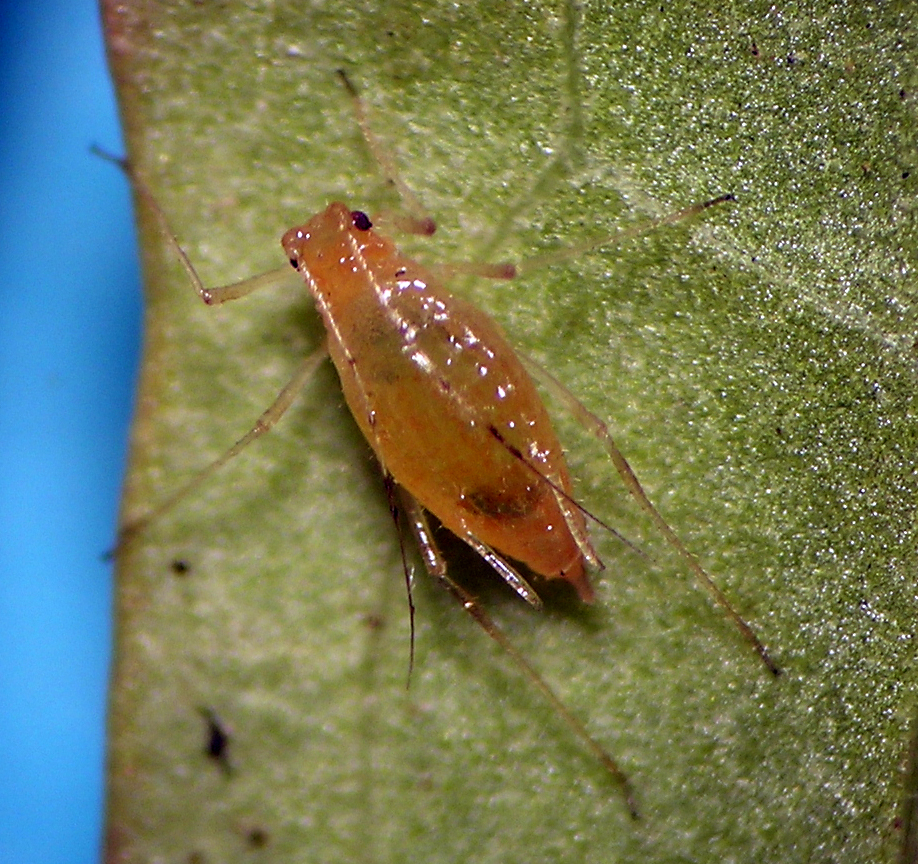