This is a genus for a single species, Hyalopteroides humulis (Walker).  It is originally from Europe and has been introduced to North America where it appears to be widespread but not particularly common.  It feeds on grasses without host alternation. 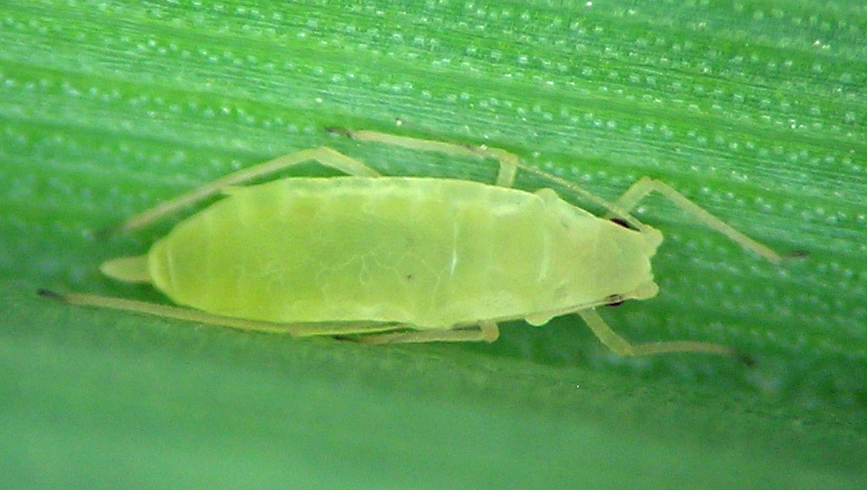