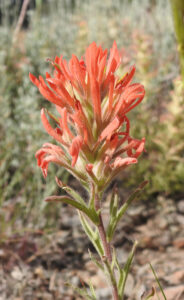 In fact, following my winter 2018 collection curation work, I am now hypothesizing 2-4 species currently confused under the name C. incognita.  All of them are found on the foliage of Symphoricarpos in the spring, living among slightly curled leaves, and tended by ants.  I am working hard to re-collect as many of these as possible on Symphoricarpos that are identified to species — it is possible that each of the four species actually specializes on one species of Symphoricarpos.  For a few years I’ve known that the C. ‘incognita’ aphids are heteroecious, migrating to unknown summer hosts.  However, in digging through original literature and subsequent synonymies, I found that the secondary host is in fact known — at least one species of Castilleja, living on the crowns of the plants (according to Hottes 1933).  Too bad I had not dug hard enough to figure this out sooner.  But, it gives me hope to resolve my work on this genus in the coming few years.  Only thing is, now I might have to learn the taxonomy of Castilleja, a non-trivial undertaking. Summer of 2019 has proven that finding Cedoaphis on the crowns and roots of Castilleja is not hard. It seems to live on all the large perennial species in the high-elevation sagebrush communities that I frequent. Being tended by ants, it is easy to determine the infested plants by simply bending over the stems and watching for angry ants. I’m eagerly anticipating looking at all my specimens thus collected for comparison to specimens on Symphoricarpos.

The fundatrices of the Cedoaphis species on Symphoricarpos are highly specialized and have been confused with Aphthargelia in the past, probably due to uncertainty as to what each genus would look like in the fundatrix stage.  Further, the dogma put forward in Palmer (1952) and elsewhere that the fundatrix lives on the roots in C. ‘incognita’ is obviously not the case for the Cedoaphis I get on Symphoricarpos. 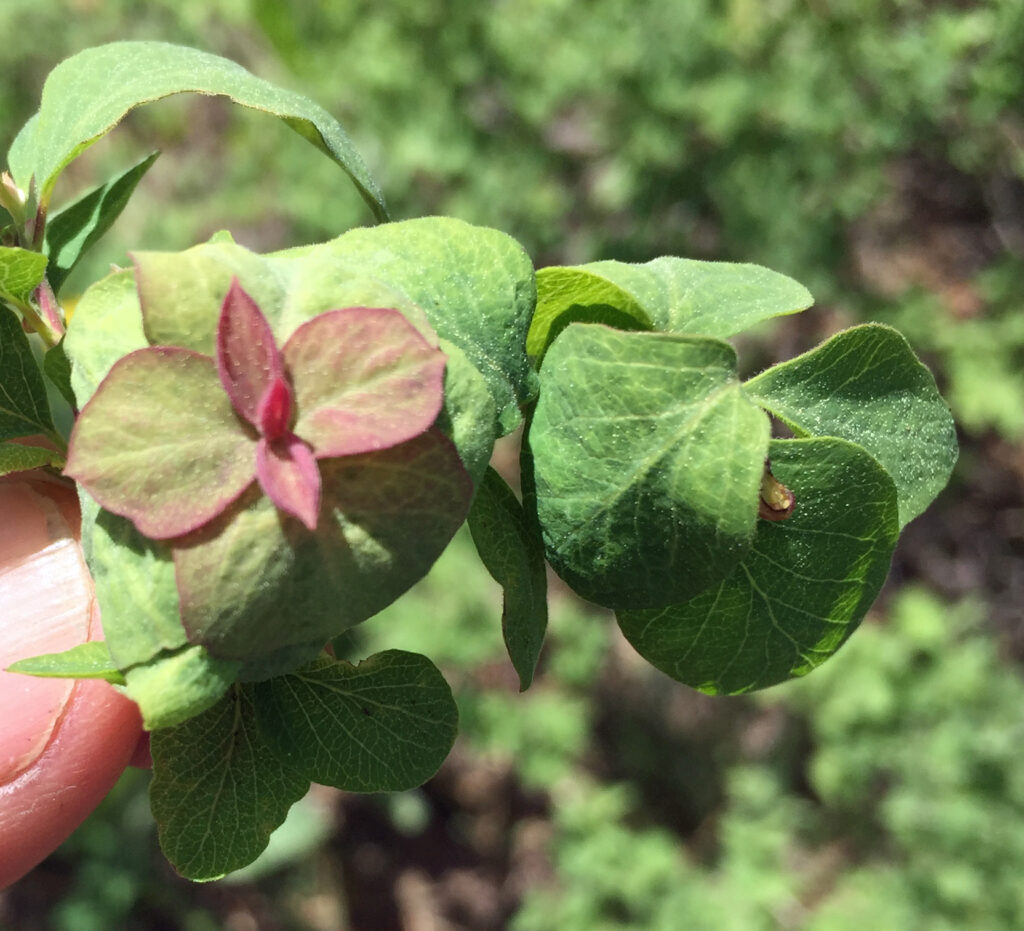 This is what a Cedoaphis leaf curl gall looks like about the time that alate viviparae are starting to mature. 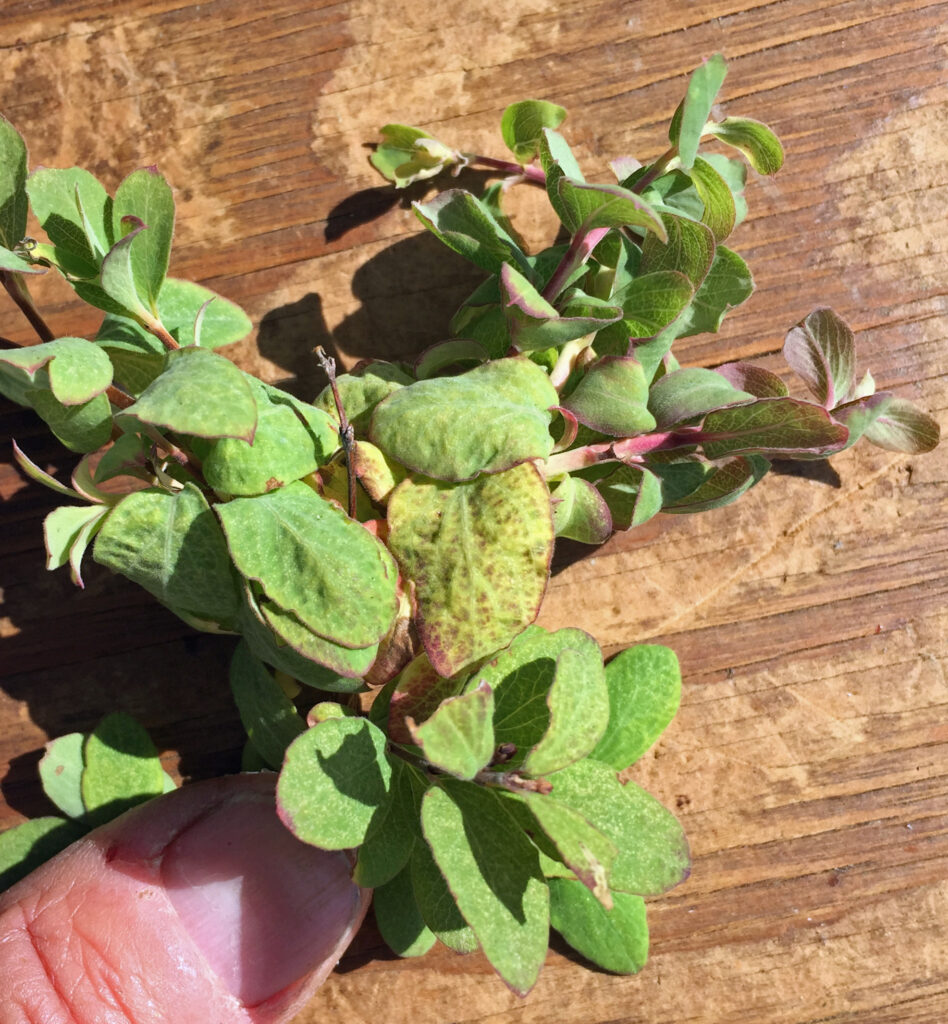 This is a Cedoaphis leaf curl gall mid-summer after all aphids have left and the plant has started growing out of the deformation.

In spring of 2019 I’m continuing the push to get spring forms of Cedoaphis from the all three species of Symphoricarpos near Lakeview: S. albus, S. mollis, and S. oreophilus. The weak point in my collecting has always been S. mollis. I see this plant fairly often, but Cedoaphis rarely lives on it.  This year I lucked onto two good collecting sites and have managed to secure fundatrices and alate viviparae. It will be interesting to see if there is any morphological evidence for separate Cedoaphis species inhabiting each of these shrub species.

I’ve also seen more of a very interesting Cedoaphis phenomenon: leaf-curl galls in the fall drying and remaining on the plant through winter, with new galls developing nearby in spring. 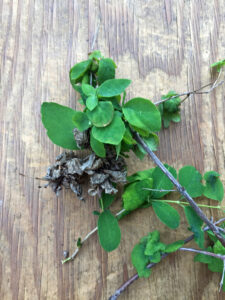 From near Lakeview in June, last year’s full season Cedoaphis galls with this spring’s new ones.

This represents one of two strategies used by this genus: (1) Most spring leaf-curl galls are abandoned by alate viviparae that presumably migrate to Castilleja, and these galls grow out of the deformation and are barely detectable by mid-summer; then in fall, males and alate viviparae remigrate to Symphoricarpos, produce very small oviparae, all without leaf-curl galls. (2) Some leaf-curl galls remain active all summer, the aphid inhabitants often suffering heavy losses to parasitoids and predators, but persisting nonetheless; many of these then have a population boom in late fall producing alate viviparae and sexuales. My hope is to some day feel comfortable deciding whether these two strategies point to two different species. This will be challenging without rearing and/or molecular work, but very fun. 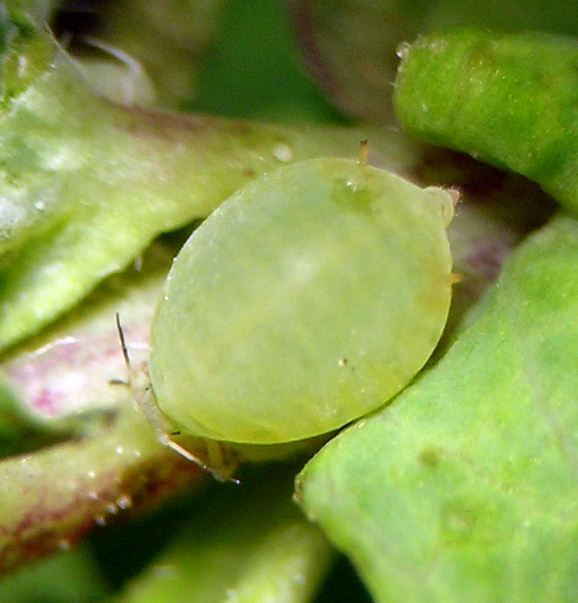 Cedoaphis “incognita” fundatrix, which lives in curled leaves of Symphoricarpos. 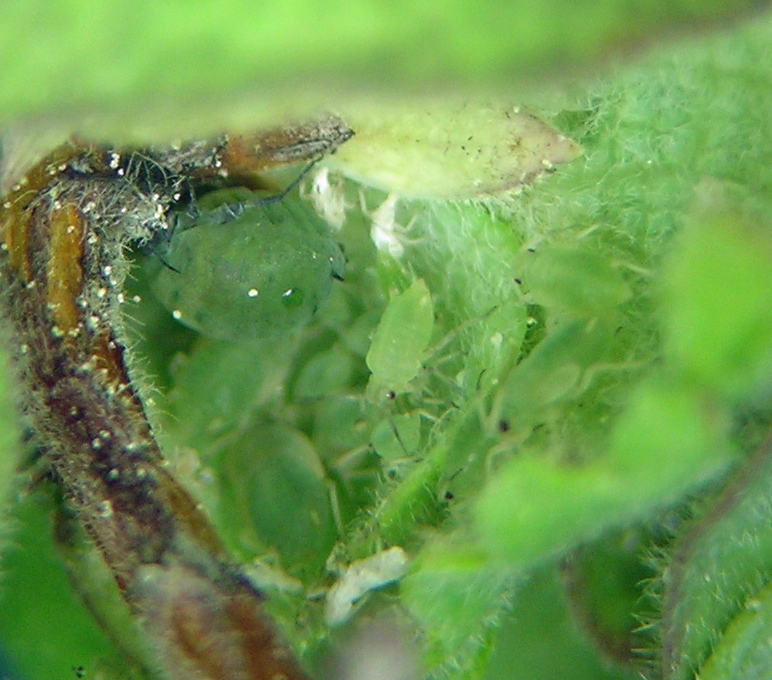 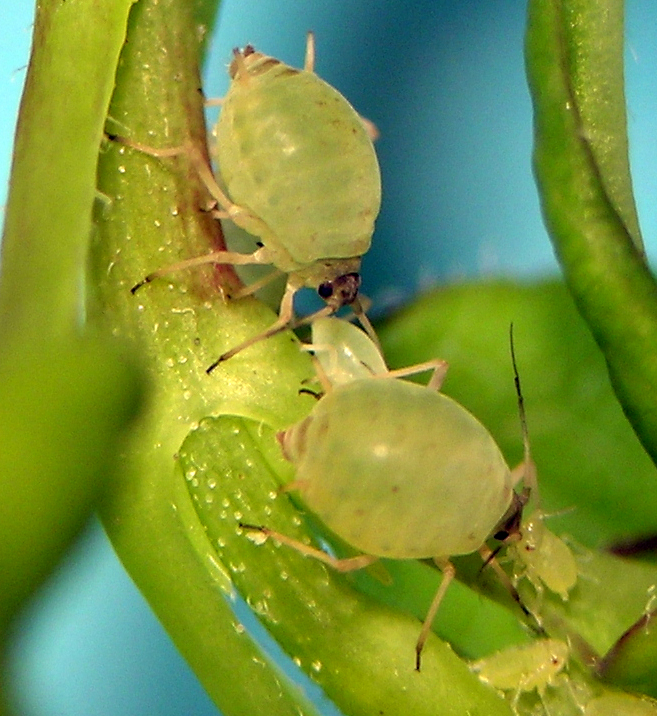 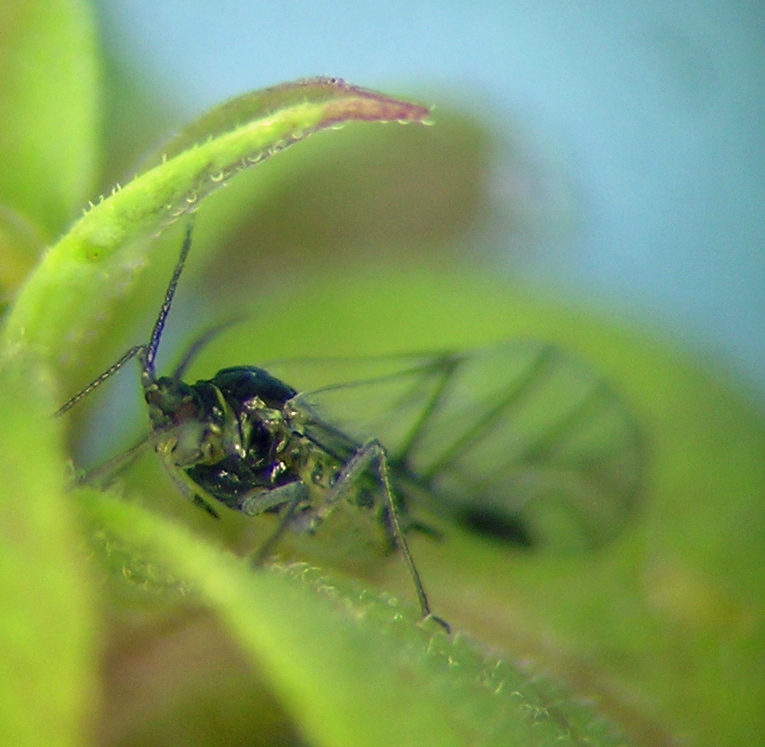 A typical looking Cedoaphis spring migrant — the wing veins tend to be very dark. This specimen developed on S. oreophilus. 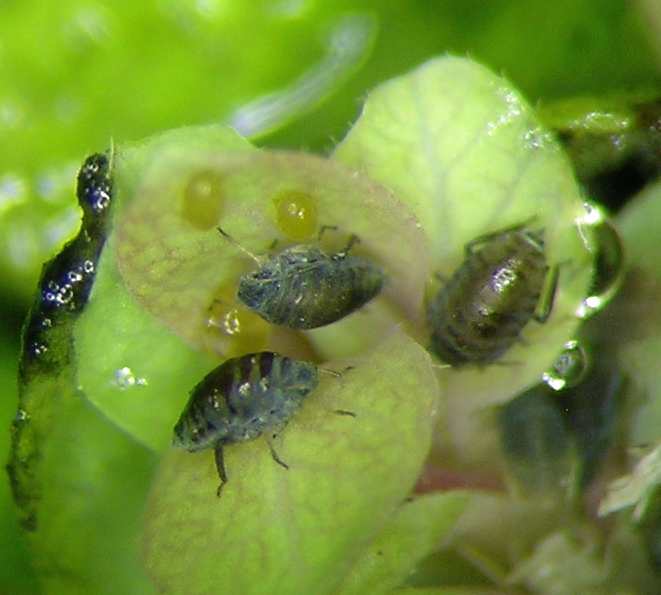 Cedoaphis oviparae and eggs in a season-long leaf gall on Symphoricarpos oreophilus near Lakeview, Oregon. This was in mid-September 2019.