This is a genus that I have collected avidly for many years.  It is a specialist on sagebrush (Asteraceae: Artemisia), with peculiarly shaped siphunculi.  It is closely related to Epameibaphis, as might be intuited from the genus names. 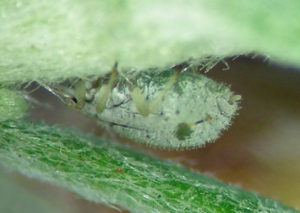 Pseudoepameibaphis from eastern Oregon in May. This is a fundatrix.

Four species are currently recognized, although after much study of my many specimens during winters of 2017 and 2018 it is clear that there are at least 5 species.  As is often the case, the existing keys are based on characters that seem far too variable to be reliable, which in my opinion requires development of entirely different diagnostic characters.  I have carefully studied groupings based on setal number and shape, plus some antennal characters, siphuncular shape, and pigmentation.  Following my 2018 stint of study, combined with previous study of the original type material, I feel fairly confident about assigning names to two groups, P. essigi and P. xentotrichus.  This decision was reflected in the slide collection database when the 2018 version is released.  I have at least 4 additional species in my collection, including two that I have confirmed, based on examination of types, are not one of the described species. In 2018 and 2019 I saw a member of this genus that has a black shell-like dorsum, long appendages, and long setae.  It was most remarkable, feeding in low numbers on mountain sage (a subspecies of Artemisia tridentata) at elevations over 2000 meters.  I hope to some day develop a publication documenting my work.  We’ll see. 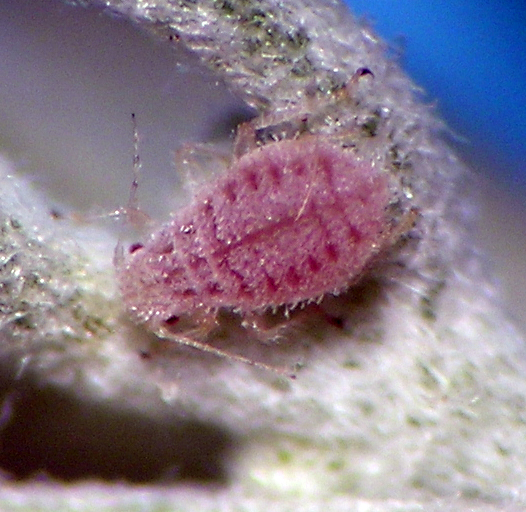 Like many other genera, Pseudoepameibaphis can take either green or pink coloration. This is an apterous vivipara from eastern Washington. 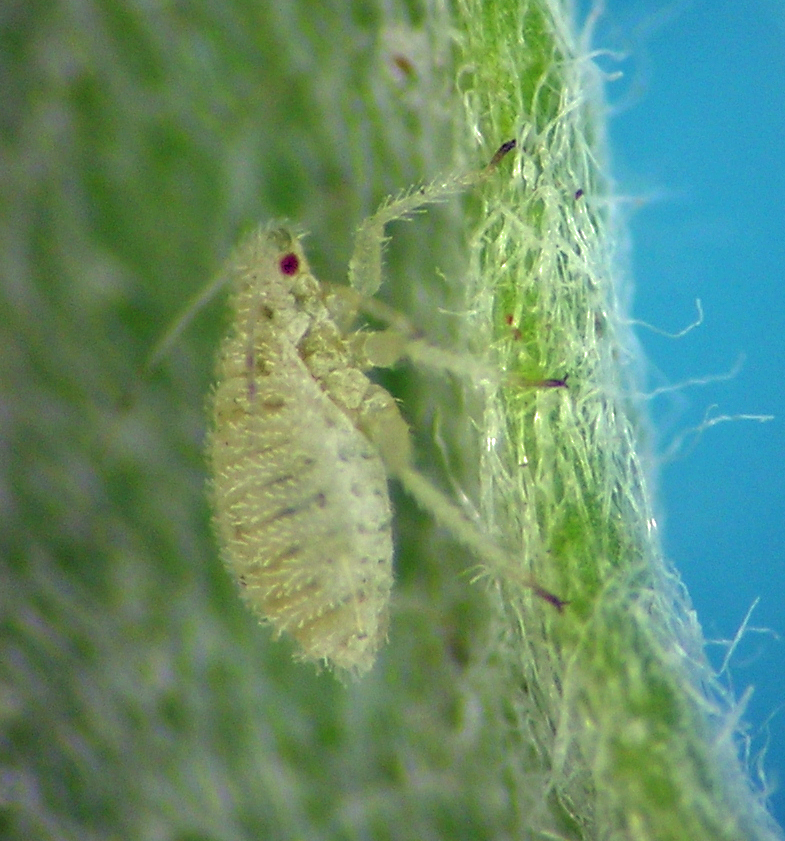 Pseudoepameibaphis aptera from central Washington in May.