This is a small genus that is associated with Prunus as primary hosts and Humulus and Cannabis as secondary hosts.  The only species in North America are introduced, one a pest of Prunus and hops, the other a pest of Cannabis. I have photos of only one of these.

This aphid is one of more serious pests of hops in North America, and is very widespread.  I commonly see it in the spring on ornamental plums in landscapes of business districts of cities and towns. 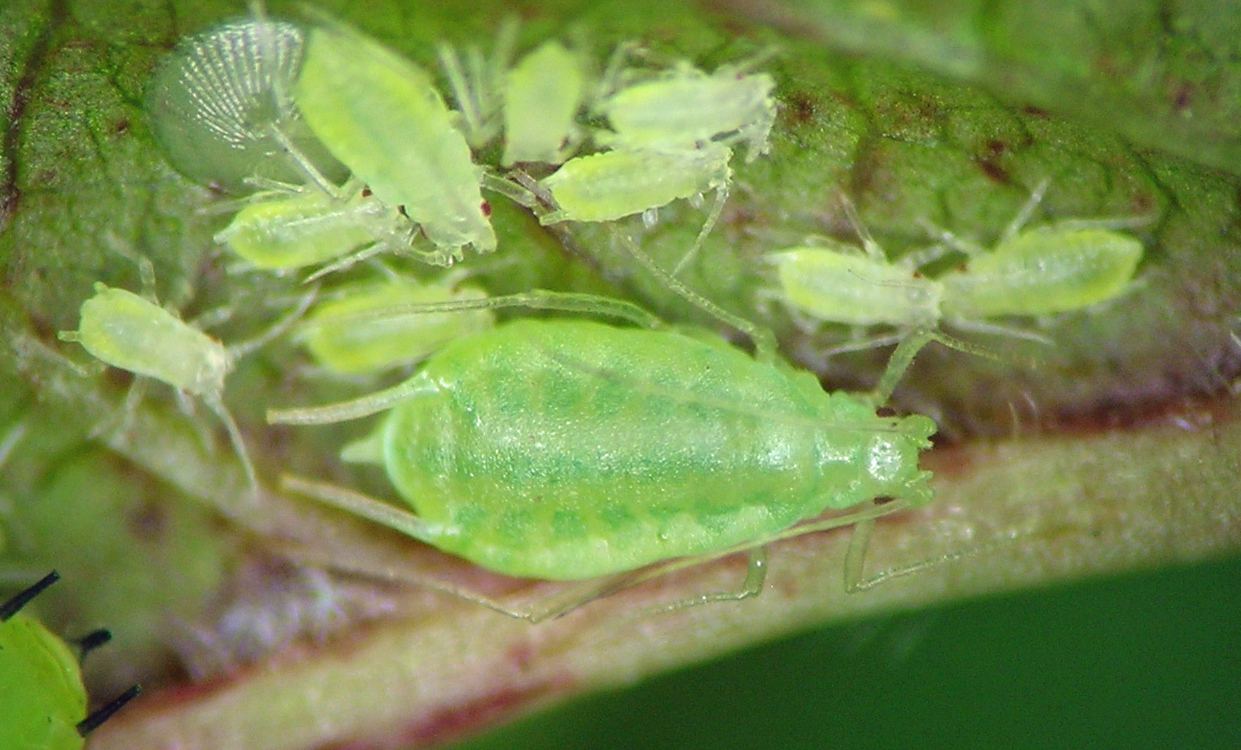 Phorodon humuli on an introduced plum along a stream in SW Idaho.  The ribbed object in the upper left is an insect egg.  Anyone know what insect it is?  I don’t.