For many years this group of species was considered part of Aphis.  Then somewhere along the way we started using the subgenus name Protaphis for similar Aphis that often live on lower stems and roots of various plants.  Recently, we have started using the name Protaphis as a separate genus, apparently due to some DNA sequence evidence that the group is distinct from Aphis evolutionarily.  Now, Blackman & Eastop note that there are about 50 nominal species in the group, and many are not clearly distinct from the others.  In North America, I have generally applied the name Protaphis middletonii (Thomas) to almost all of my samples based on work by Eastop and Blackman (2005).  Interestingly, the two samples I have of sexuales of Protaphis were both found on the aerial parts (one on Tragopogon, the other on Conyza, both Asteraceae). I also have a late stage nymph of an ovipara from Epilobium in central Washington. In 2019 I made some interesting collections of the genus on green rabbitbrush (often called Chrysothamnus viscidiflorus), very abundant alates on Tetradymia, and alates and apterae on the crowns of Castilleja. It seems likely that more than one species are involved in all my samples across western North America, but substantial field and lab work will be required to sort it all out. A major taxonomic problem I see is that dorsal pigmentation appears to be extremely variable in this group. In single samples I see specimens with almost completely dark dorsa to specimens with only isolated small dark makings.

One fun story: In 2008 I found a puzzling aphid on basal stems of a small Polygonaceae in a meadow near Mazama, Washington. I was not sure what genus to place it in. Aphis? Braggia? Protaphis? This confusion was partly due to the specimens looking like fundatrices. After 14 years of puzzling and hunting, I finally found this “species” a second time. It was living on Polygonum douglasii at about 3,350 meters (11,000 feet) elevation near Blair Mountain in Colorado. So, at least the lingering question of host plant is resolved! Aphid taxonomy is a whole other question.

This name now applies to a wide range of Protaphis found mostly on roots and stems of various herbaceous plants, but sometimes it is also found aerial parts of plants and on shrubs.  For many years taxonomists tried to split this taxon into several species, but a decision was made some years ago to lump them until better information is developed regarding how many species there are, and what to call them.  I applaud that kind of lumping.  As you’ll see from my collection database, I have this species from a lot of hosts. These specimens show a lot of morphological variation.  This aphid is one of the easiest to find in most agricultural settings — simply pull up a few mustard weeds and it is likely present next to almost every field. 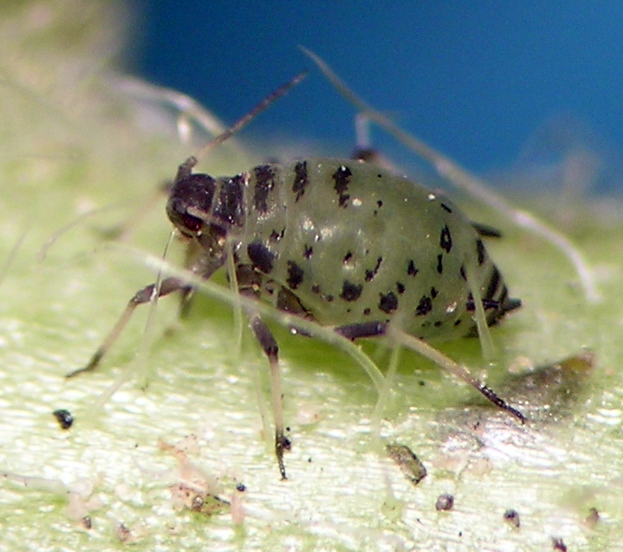 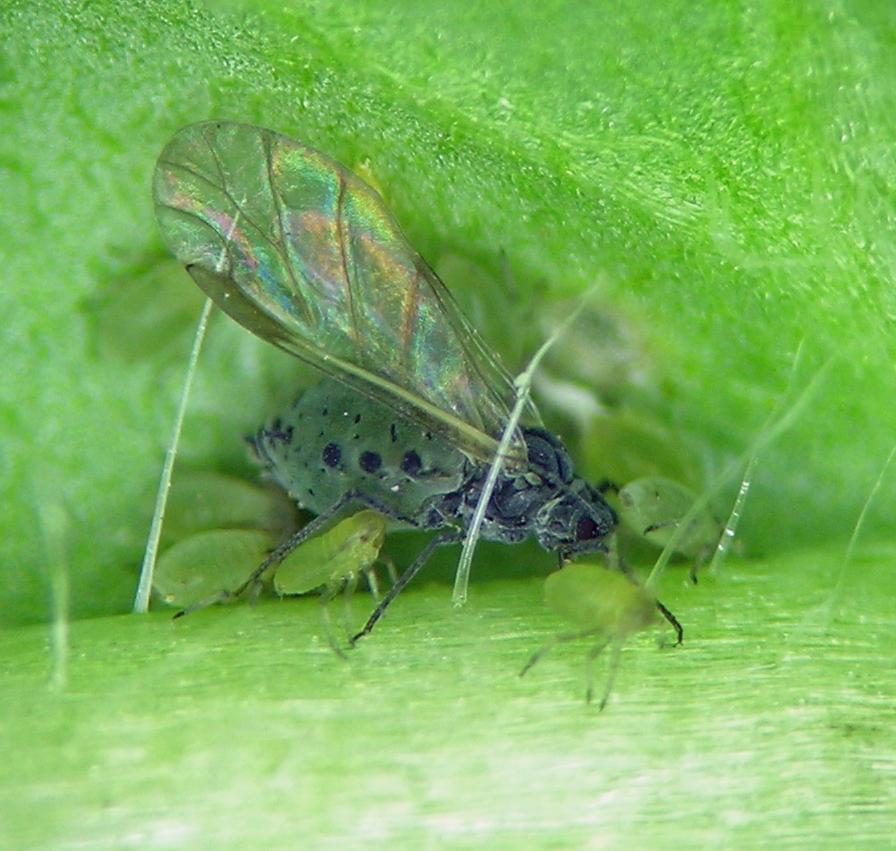