This is a genus for several small aphids that feed on roses and Potentilla.  It appears that one species is native to North America (M. canadensis), while one is invasive here (M. rosarum).  I have collected both of them, the former without photos but in an unexpected place: New Mexico (considering that the original description was from Ontario, Canada).

During 2017 I had the privilege to collaborate with colleagues in Poland and Georgia (the country) on some revisionary work on Myzaphis — my role was small, but my far-flung collecting habits paid off.

This species was probably native to Europe, but is now almost everywhere.  I have collected it twice (Washington and Oregon) on cultivated Potentilla fruticosa.  I collect very frequently and with determination on this plant, yet have only seen Myzaphis a few times. 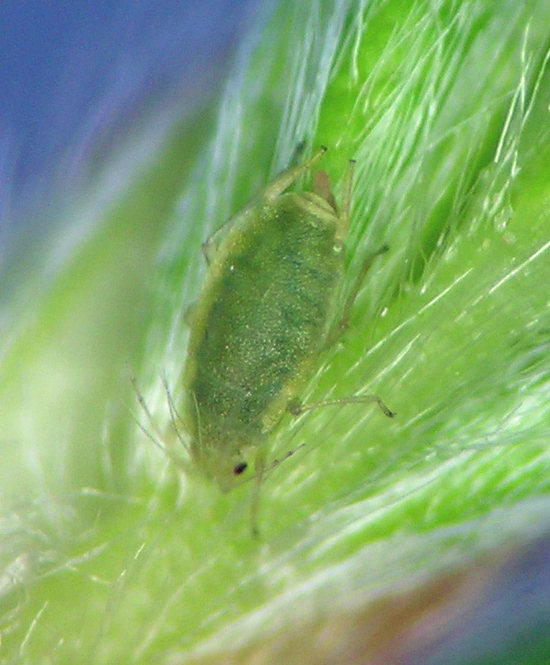 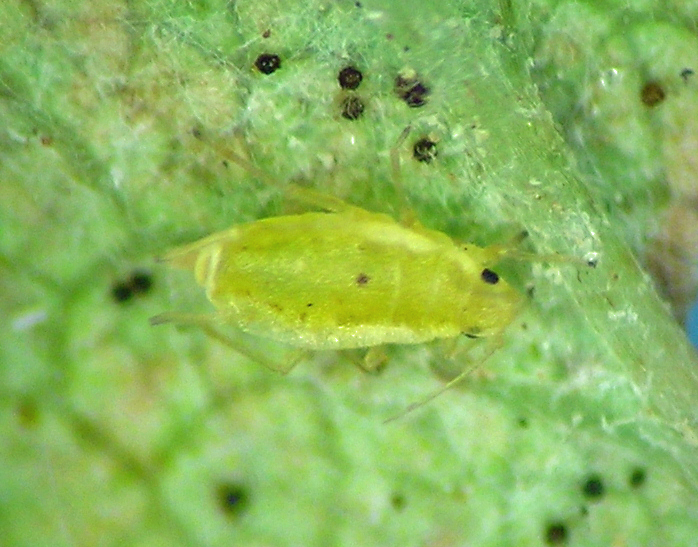 Myzaphis rosarum in our yard in Oregon in October.