This year of 2015 we did not get out much, hence the few stories to blog about here.  After my spring post about eastern Oregon, June and July were consumed by the emergency medical care for our old dog, who later died.  Along the way, we set in motion a home relocation to Lakeview, Oregon!  I posted a photo in the last blog entry from a reconnaissance trip to Lakeview and its nearby forests, and that trip sealed the deal.  The area is fabulous, in part for the views, in part for the diverse and new plant and insect communities in southern Oregon and northern California. 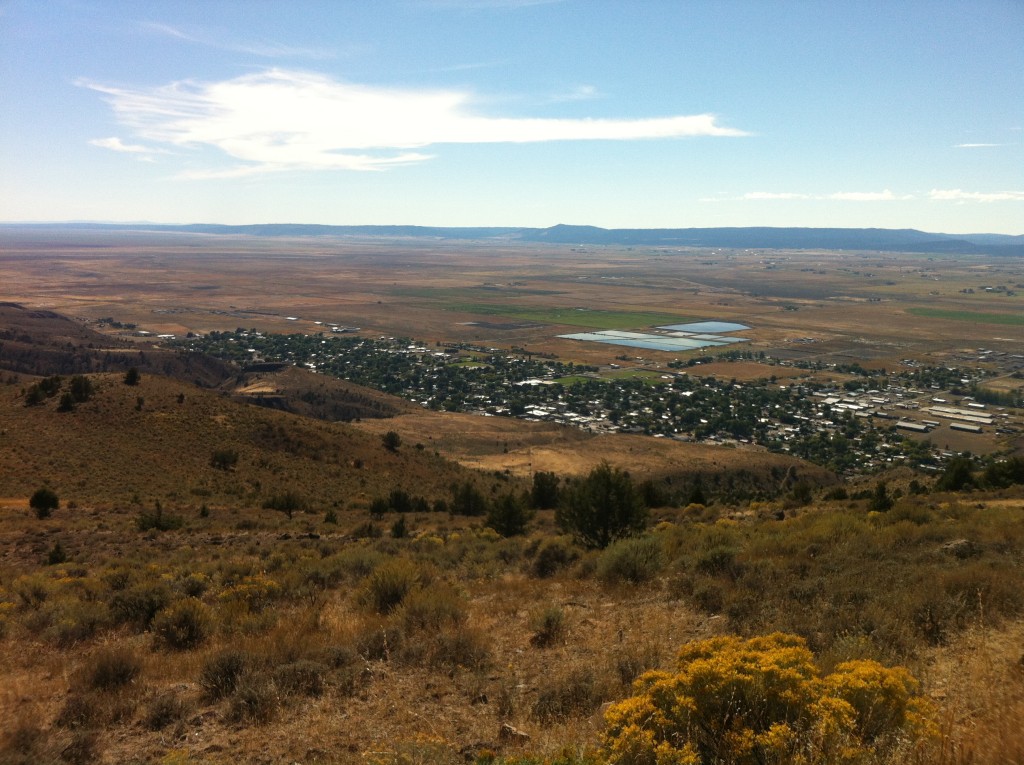 The view of Lakeview, Oregon from the cell phone towers above town.

With so much going on at home, plus a 3 weeks trip to Maine and New Hampshire thrown in, we had only a few camping trips since May.

Our trip marking our parting with our Idaho home was a final spot on the top of the Owyhee Mountains in southern Idaho.  It was Labor Day weekend in early September and we found this spot just below a ridge with a beautiful field of flowers still finishing their life cycle (called a nivation hollow). 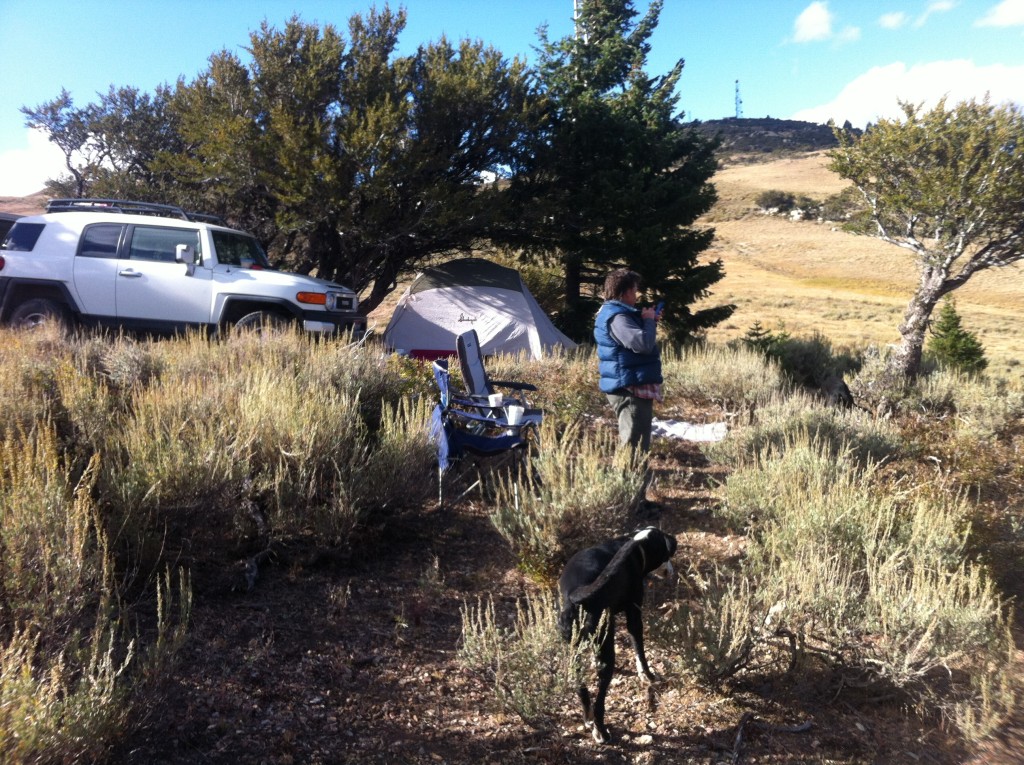 Camp spot nestled into the mountain mahogany near War Eagle Mountain. We had 4 bars of 3G so Gina kept up on her emails…

Aphids were few except on the sage brushes, but as usual treasures are there to reward perseverance.  One such find was the final stages of one of the species of Aphis that feeds on Veratrum (corn-husk lily).  The biology of this aphid-plant interaction seems complicated, or at least has escaped my understanding for 25 years.  There are clearly at least two species of Aphis on Veratrum out west here, but their life cycles are not obvious to me. 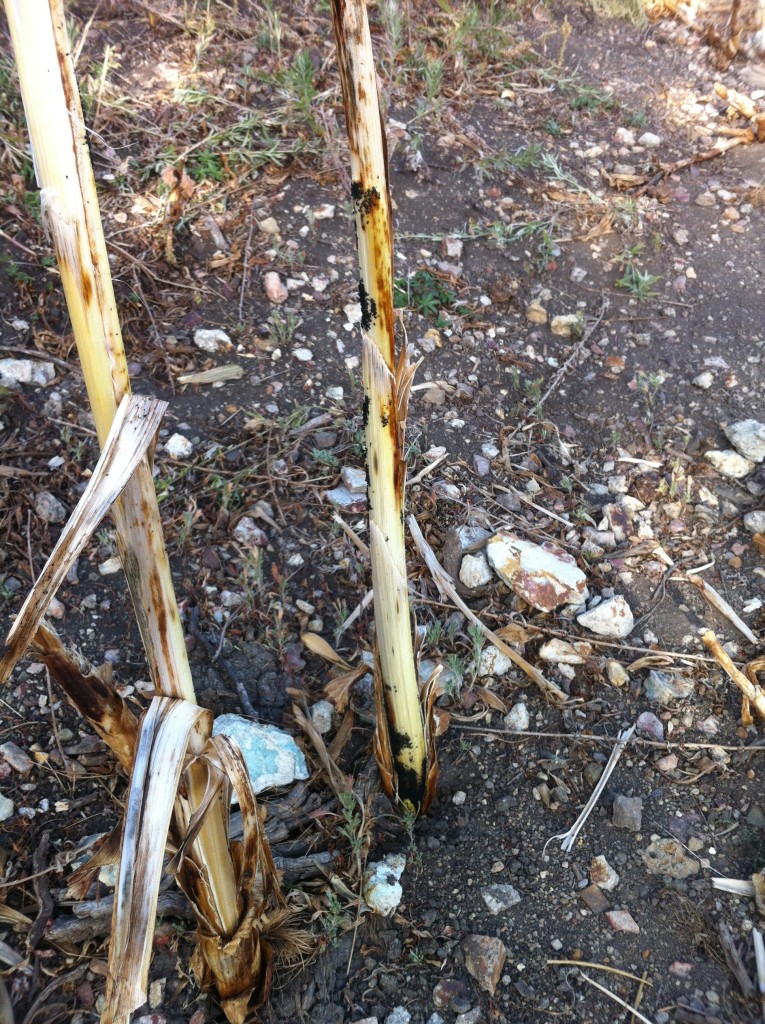 Black groups of aphids feeding on the nearly fully senesced stem of Veratrum. This photo points out the need to recognize aphid host plants in all their developmental stages.

In this site I was able to find the final Veratrum portion of the life cycle of one of the species.  I look forward to seeing the slide mounts and maybe take one more step toward understanding the complex of aphid species on this plant.

We figure there will be lots of cool stuff to see down the road.  Join us!