A prolonged drought has defined life for many people and of course most ecosystems in western North America for several years.  The area of our newly adopted home in southern Oregon experienced an almost completely dry winter of 2014-15, followed by a few weeks of rain in late spring, then a dry spell lasting through September.  Exploration of the area this fall, we saw very few plants other than trees and xerophylic shrubs persisting even at high and cool elevations.  Trees were stressed, failing to reproduce, and/or dying.   Even sagebrush and bitterbrush looked tired and dry.  Many streams had been dry much of the summer.

We were hoping for a snowy winter of 2015-16 to bring the forests, streams, and steppe back to life.   Looks like our wishes are coming true!  For the first time in a few years the surrounding mountains are buried in snow and the local ski hill at Warner Pass is open for business. 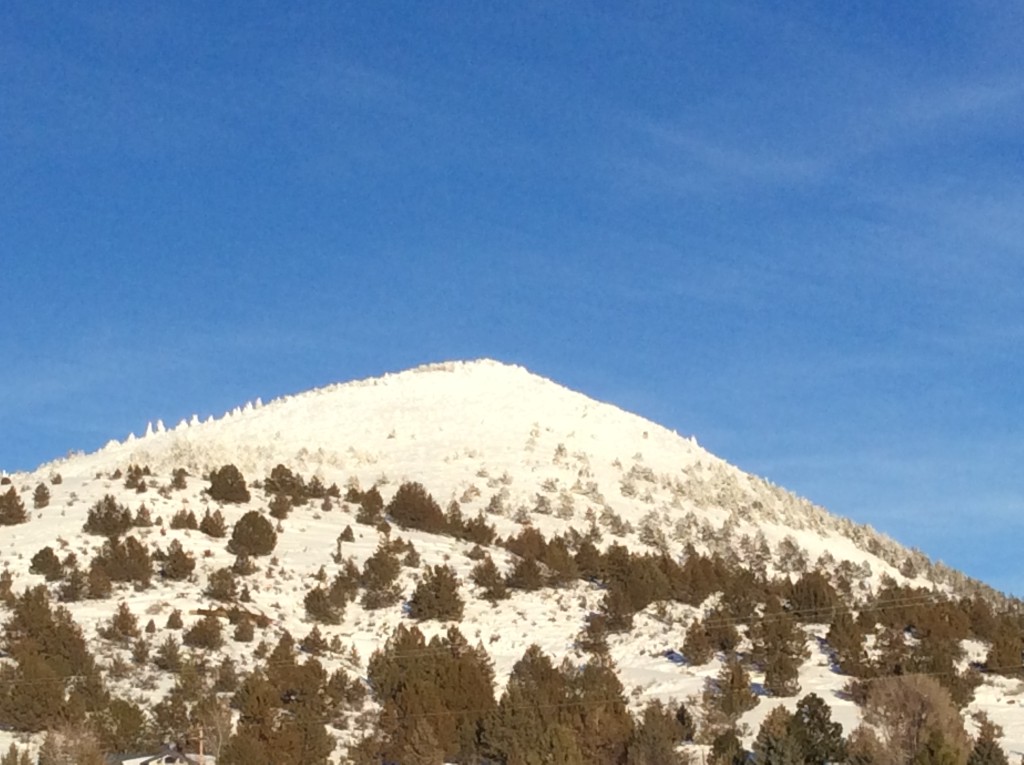 The edge of the forested hills above town. The snow should feed a glorious spring in 2016.

When I look at the snowy hills, the small trees almost completely buried, I happily ponder the flush of growth we’ll see this spring, the strength of the wildflowers, and hopefully, of course, the burst of native aphids in the early summer. From my office window I can see to the south the edge of the high plateau in the Warner Mountains called Dismal Swamp. I especially look forward to spring up there, where I hope to find more specimens of the enigmatic species of Macrosiphum/Uroleucon I found this fall.

While the snow is inconvenient in the near-term, it is a symbol of promise for a lush and interesting 2016 in southern Oregon! 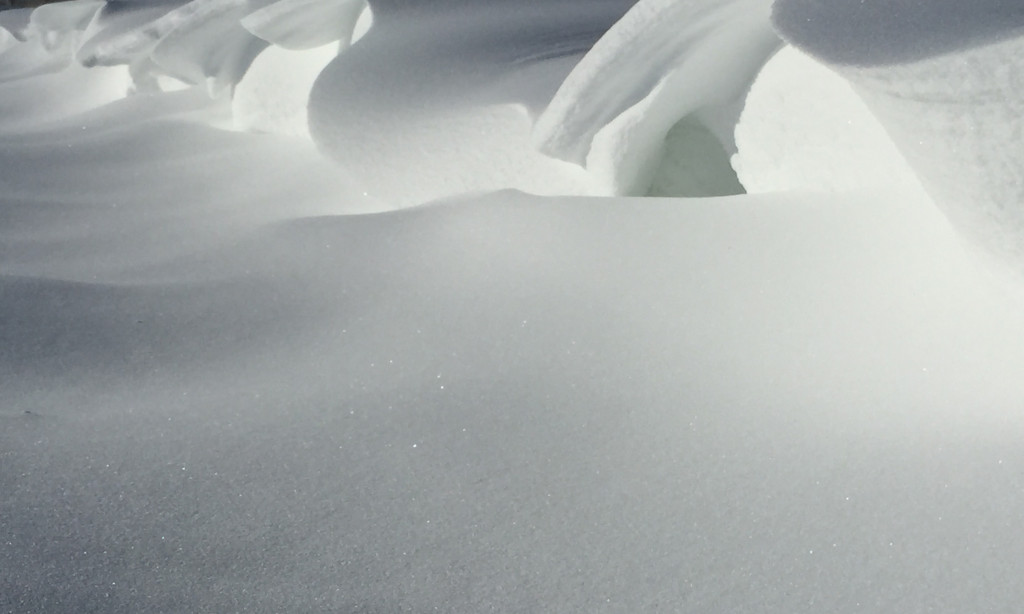 Next spring is waiting to explode under this snow drift!