Here in Lakeview (south central Oregon) we are finally emerging from a wet and snowy winter.

The valley north of Lakeview on 29 January.

The mountains and valleys here have seen tremendous water and snow, with all of our temporary streams still running hard with snow melt in mid-May.  In fact, we had yet another 3-4 cm snow fall overnight this weekend (12 May).  The trees are starting to grow leaves, and the aphids are waking up.  Probably, collecting season will start with fundatrices of some species within a week (hold on a minute, I just went outside and found a fundatrix of Rhopalosiphum oxyacanthae on the Sorbus tree).  My final collections of 2016 were in mid-October.  Looking at this in terms of collecting season length in this high elevation area, our season is just about 5 months per year.  So, what does an aphidologist do all winter, between stoking the fire in the woodstove and shoveling snow? 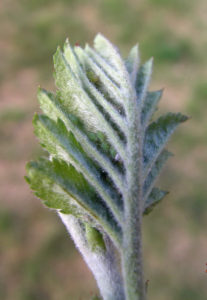 Rhopalosiphum oxyacanthae on Sorbus. There’s a single fundatrix and some of her offspring on this leaf.

Slide mounting 2016 specimens kept me busy until December sometime.  The collection is up to 9118 slides now.  A part of slide-making is of course identification of all that material to the degree possible with a reasonable amount of effort, but with an eye toward getting material filed away for future study.  I make slides into 100-slide boxes where the balsam is allowed to harden and I spend my evenings identifying material I mounted in the past day or two.  Once the box is full of slides and all identifications made, both things occurring within a day or two of each other, I put the full box in a warm place to harden for another month or so.  One of my main points is that all material is identified as it is mounted and labeled, allowing quick and efficient filing in the collection.

In the process of all this, some genera end up with long rows of slides with only a genus name on each.  This usually results from poor species-level taxonomy, or my decision that making species identifications as I mount the specimens will take too much time and bog down the process.  Most commonly, the former situation is the case, i.e. I think making species identifications is simply not possible with the current literature and comparative specimens at hand.  Winter, therefore, is a time to sort such slides to what I think might represent species.

Since moving to Lakeview, I have been focusing a lot of effort on collecting from sagebrushes (i.e. Artemisia shrubs) and learning to recognize the various species we have in the Northwest and south through Utah and New Mexico (alas, I have almost no material from the species of sagebrush limited to California).  Concentrated field work like this has led to many new slides and a desire to sort out the taxonomy of some challenging groups, especially Pseudoepameibaphis, Epameibaphis, Obtusicauda, and Microsiphoniella.  After finishing this year’s aphid manuscript (describing two new species of Macrosiphum) back in February, I’ve spent most of my aphid research time sorting my material of these four genera of sagebrush aphids.  All four have very poorly developed species-level taxonomy, in my opinion, and almost no understanding of ecology or niche use in the field.

Just this weekend I finally finished sorting, re-sorting, and then sorting again my slides of Pseudoepameibaphis. Current understanding is there are 4 species in this genus.  My sorting points to 5 taxa that are pretty easy to recognize, plus another large series of slides that seem to fit none of those and that don’t necessarily share distinctive features with each other either.  There seem to be some associations to host-plant of possibly-distinct groups of specimens (e.g. one semi-distinctive form from Artemisia arbuscula, ‘low sage’), while other apparently morphologically uniform sets of specimens seem to use several different Artemisia species.  I have examined the types of the accepted species, and due to very poor mounts and odd collecting times of year, they are of little use in many cases.  In a way this is a problem, but in another way it is freeing to allow study of the genus almost de novo.  Pseudoepameibaphis is a perfect example of a very interesting group that is poorly known, with many taxonomic, phylogenetic, ecological, and biogeographic questions that could be answered with concerted study by a Ph.D. student for a 4-year thesis project.  Anyone interested??

All three boxes of my Pseudoepameibaphis slides, sorted behind little note cards.