Many trips have come and gone this year without details provided on AphidTrek, but the last one was a good one, October 7-9. Rain and cold and even snow have already started in SE Oregon, but we had one last warm weekend to hit the hills for camping. We wanted to try Winter Rim, an amazing forested plateau rising above the salty and dusty basin called Summer Lake. Winter Rim sits atop a fault block that rises about 850 meters above the salt lake below. 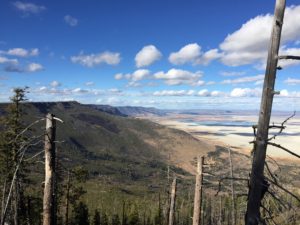 The Summer Lake basin from near our Winter Rim camp.

The place is aptly named, with the season already done for almost all the plants and aphids.

The plateau gently descends to the west toward a huge wetland called Sycan Marsh. From the Rim to the wetland the forest is seasonally wet in many places, demonstrated by patches of quaking aspen (Populus tremuloides), swaths of Artemisia cana, and springs with broken-down cattle exclosures. We found a beautiful camping spot on the edge of an expansive seasonal wetland, within 100 meters of the Rim overlook. Perhaps with a bit too much confidence in the weather forecast for warm and still weather, we set up camp under the ponderosa pines (Pinus ponderosa) marked by the influence of wind. All in all it turned out OK, the wind only flowing through at about 10-15 kph most of the time. 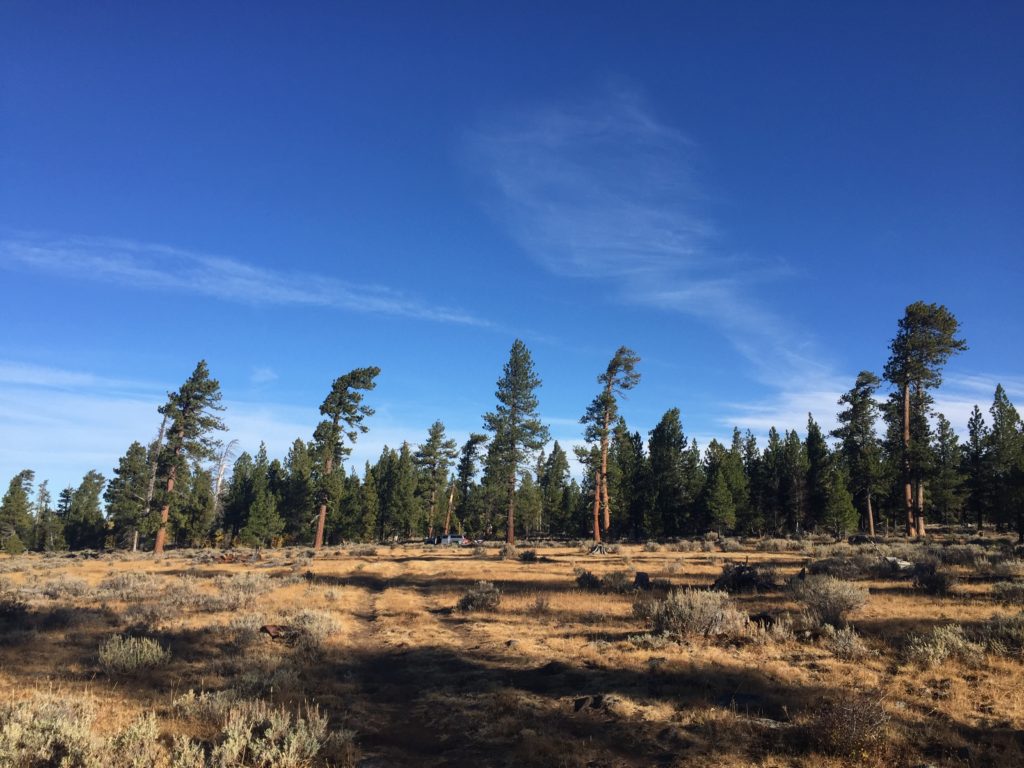 The aphid collecting was slow, but was the best I could have hoped for: after 26 years of field work pursuing it, I finally confirmed the fall sexual cycle of the undescribed Macrosiphum that feeds on Geum triflorum in the Northwestern U.S. 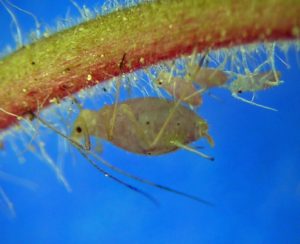 My favorite un-described Macrosiphum, which lives on Geum triflorum in the dry forests of the Northwest. These are from central Idaho in 2012.

Our camp spot was right in a middle of a large tract of Geum, already settled into its overwintering stage– a set of fully developed slightly reddish leaves enveloping next year’s spring growth. From previous work, I knew that this aphid was late to produce sexuales, and that they must occur on these overwintering leaves. Sure enough, the aphid and the signs of its habitation were everywhere around camp. I was able to collect several adult oviparae and even a yellowish apterous male! 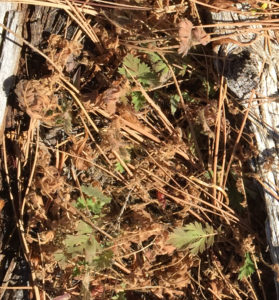 Even in such a wintry place, where almost everything is dormant, this aphid was still only half way into its sexual stage, with many nymphs still developing on the leaves.

So, not only was the trip a great bookend to the 2016 season, it was also a lovely bookend to 26 years of field work on one of my favorite aphids. Now, it’s time for 6 months of slide mounting, measuring, and writing.  Happy winter, all you aphids, until 2017!