We had some unusual, almost summer-like weather this week, and it was too good to sit it out at my desk.  An annual leave request complete and I was on my own for a day – or actually Bumble the dog and I were on our own. 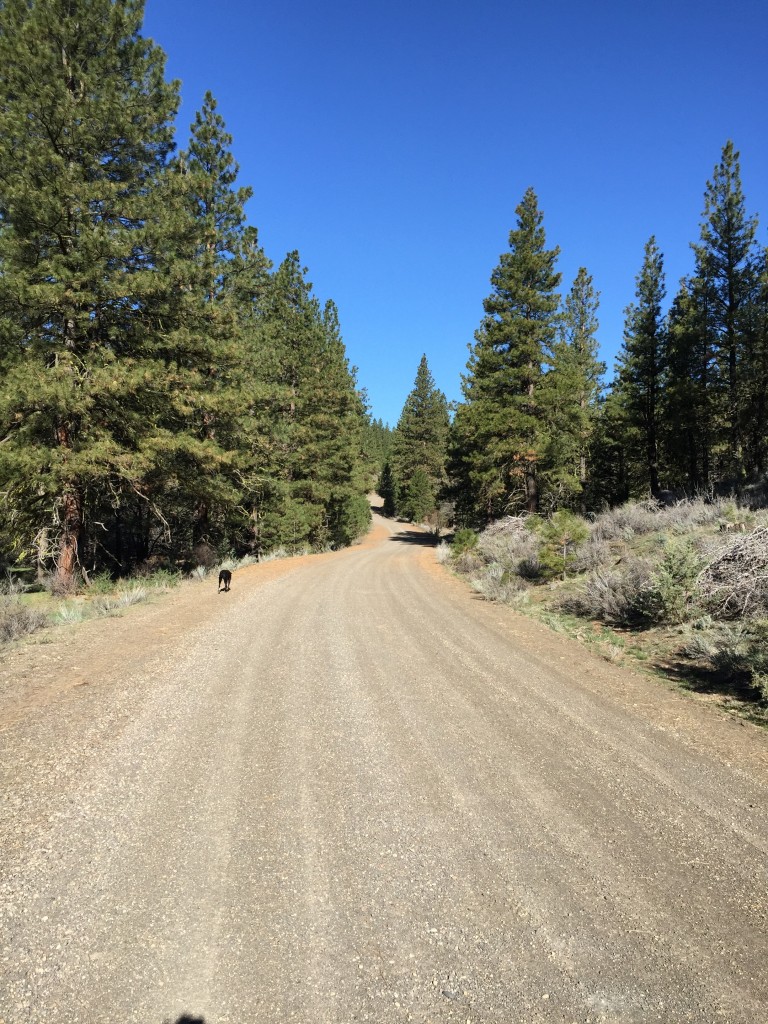 The road and forest only 16 km from home across the valley, Bumble exploring up ahead.

This being our first spring in the Lakeview area, we stayed local to explore since everything is new.  My first target of the day was low-land Ribes growing on the edge of the valley.  Based on my reading today, it seems in this area there are two Ribes in this habitat, R. velutinum and R. cereum, the former with spines, the latter without.  Despite much searching, no aphids were found on either.  It was a very dry year in 2015, possibly explaining the paucity of Aphis (Bursaphis) and Nasonovia (Kakimia).  Along the way of this first leg of our exploring, I found one adult fundatrix of Pleotrichophorus on Artemisia arbuscula.  Somewhat surprisingly, I found a second-instar (-ish) fundatrix of Acyrthosiphon purshiae on its host, just breaking bud, Purshia tridentata.  There were a few surprise plant finds too, including a patch of Ribes aureum along the streambank, and what seems to be a species of Primula growing in a seasonally wet draw.  Along the stream grows a native Rosa, and on it I found a red Macrosiphum (?) fundatrix nymph.  It is now in a jar on my desk, where I hope it matures to adult. On the one hand, it could be M. rosae, an unlikely event since this species usually does not overwinter as eggs in natural systems in western North America.  On the other hand, it could be M. valerianae, potentially over-wintered on rose and soon migrating to the nearby Zigadenus (a.k.a. death camas). 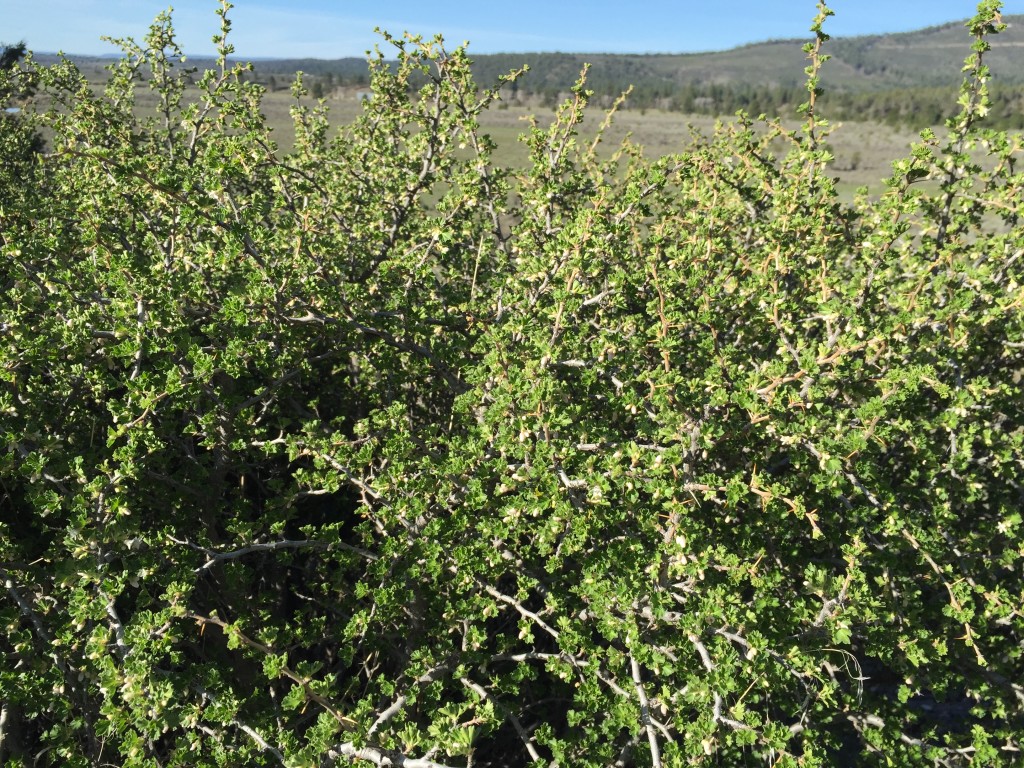 Ribes cf. velutinum in the greater Lakeview valley. A few flowers were just starting to open, attracting bumblebees, a welcome sound in spring. 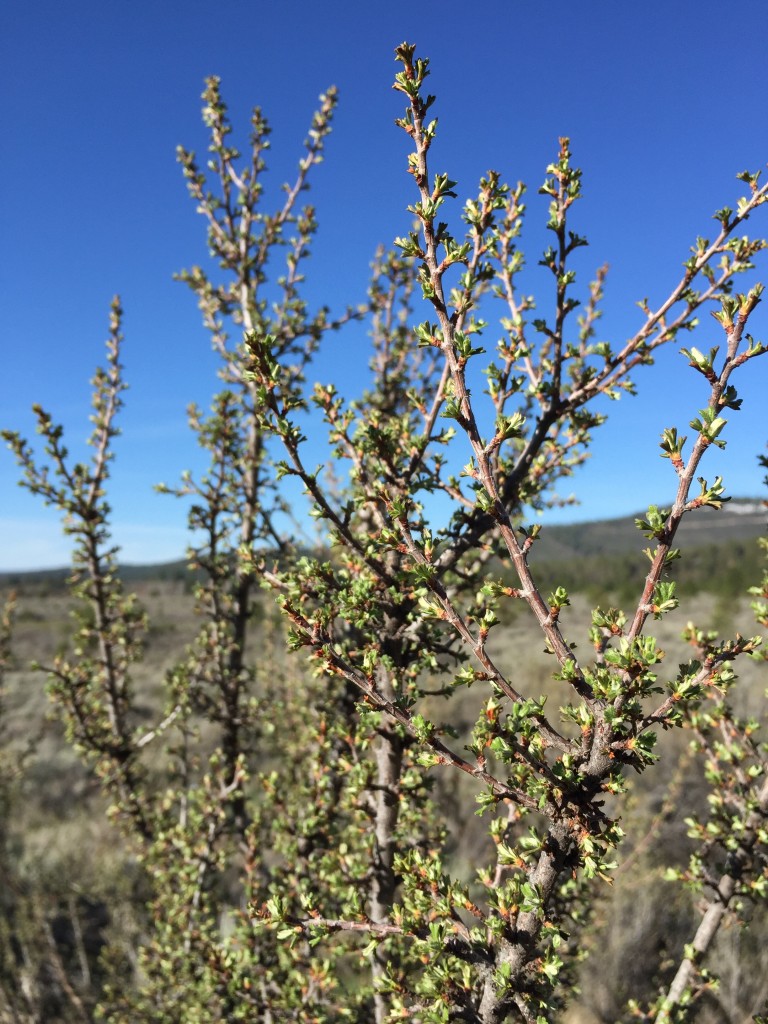 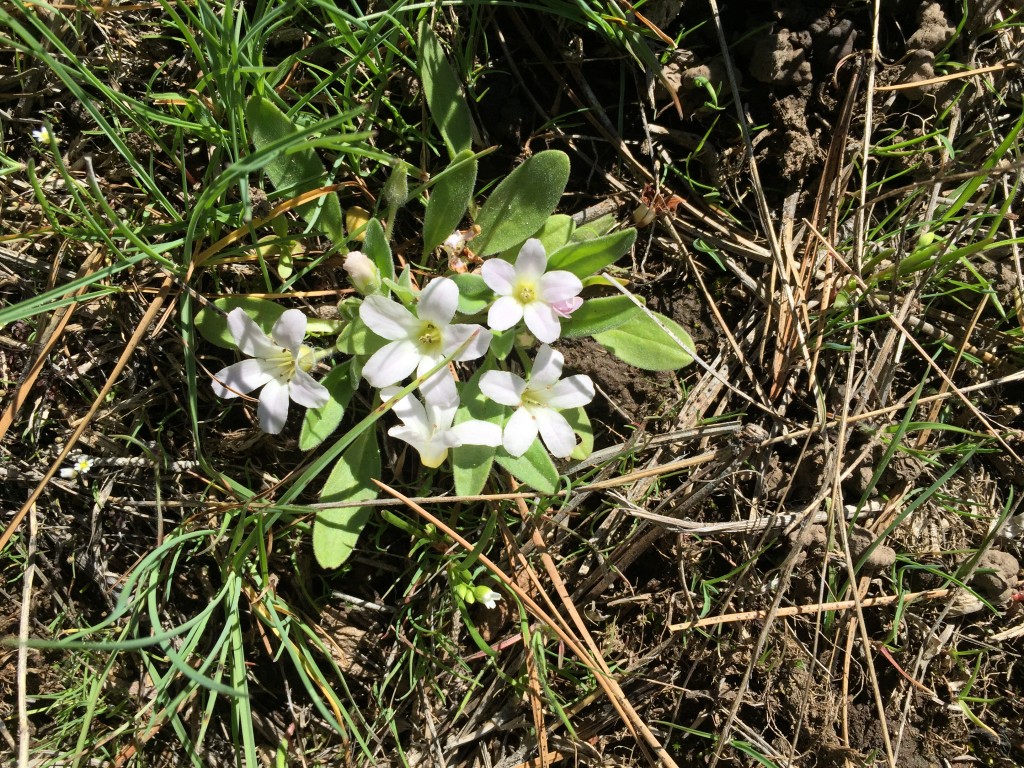 I think this is a species of Primula, but I confess that I did not tackle the keys in “A California Flora,” preferring my comfortable key in “Flora of the Pacific Northwest.” 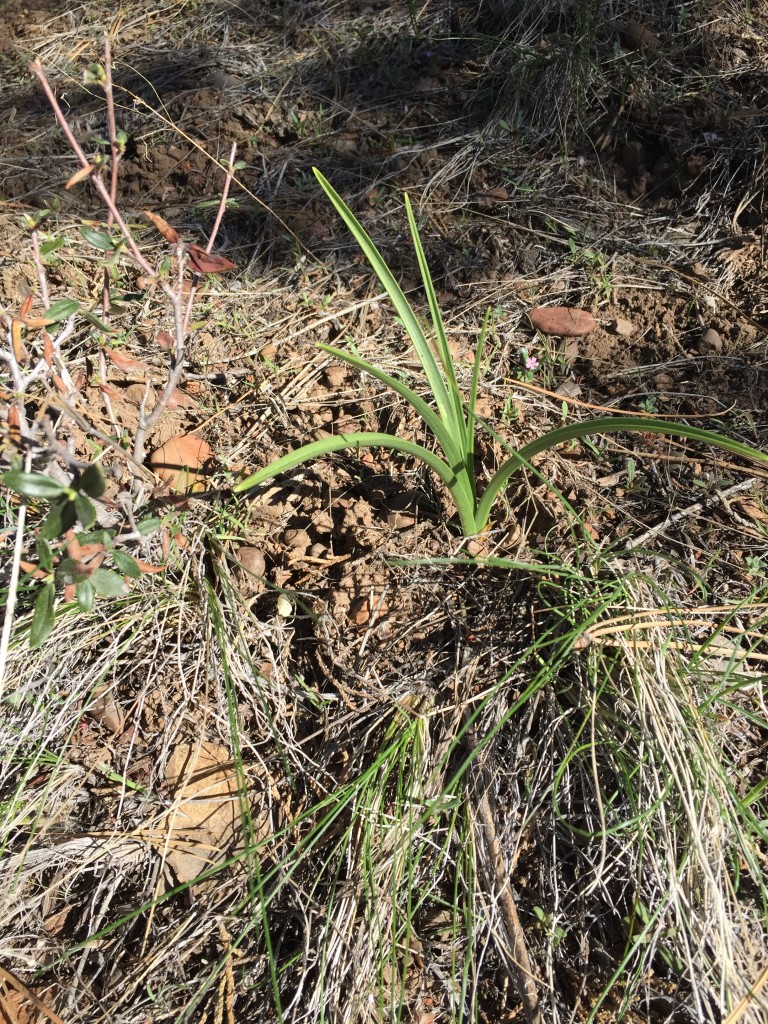 Zigadenus, soon to bloom. Unlike normal edible and nutritious camas, this is death camas and is aptly named.

Our second stop of the day was Goose Lake State Park on the California border, about 20 km from home.  We had never visited, and I wanted to see what was there in terms of ecology and botany. Like most state parks, it turns out to be a heavily managed landscape dominated by exotic invasive plants other than the trees and shrubs. 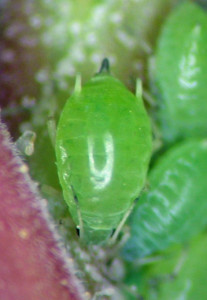 Despite this, I found a cluster of Aphis (Bursaphis) fundatrices (probably the species “costalis,” which is poorly understood) on Ribes aureum growing among the cottonwoods.

Abandoning the creepy managed space of Goose Lake state park, we ventured back to Lakeview and drove about 2 km up Bullard Canyon, which leaves downtown on Center Street.  There I wanted to collect the early spring forms of a mysterious Macrosiphoniella on an herbaceous Artemisia (success!), and hoped to find the fundatrices of a mysterious Braggia on Eriogonum along the roadside (success!).  I had found both aphids in the area last fall, and want to study them in more detail. 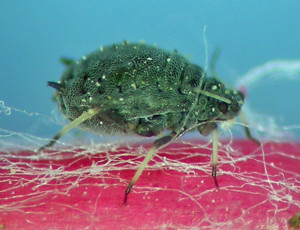 A Braggia fundatrix in Bullard Canyon. In the fall I collected this aphid and had a hard time identifying it to species. I am therefore highly motivated to collect more!

Happy with these finds, and some wading in the stream for the Bumble, we headed home for lunch.  After which I took my mountain bike and rode to the radio antenna towers outside town.  Lakeview sits at about 1,463 meters above sea level, and the radio towers above are about 1,950 meters.  It’s a tough ride to the top, but worth it.  As you can see in the photo, there is still a lot of snow on the north-facing slope.  Under all that snow is one of my favorite plants, Agastache urticifolia, and if I am lucky, one of my favorite un-described Macrosiphum species, only about 15 km by road from home (home is actually only about 2 km as the raven flies). 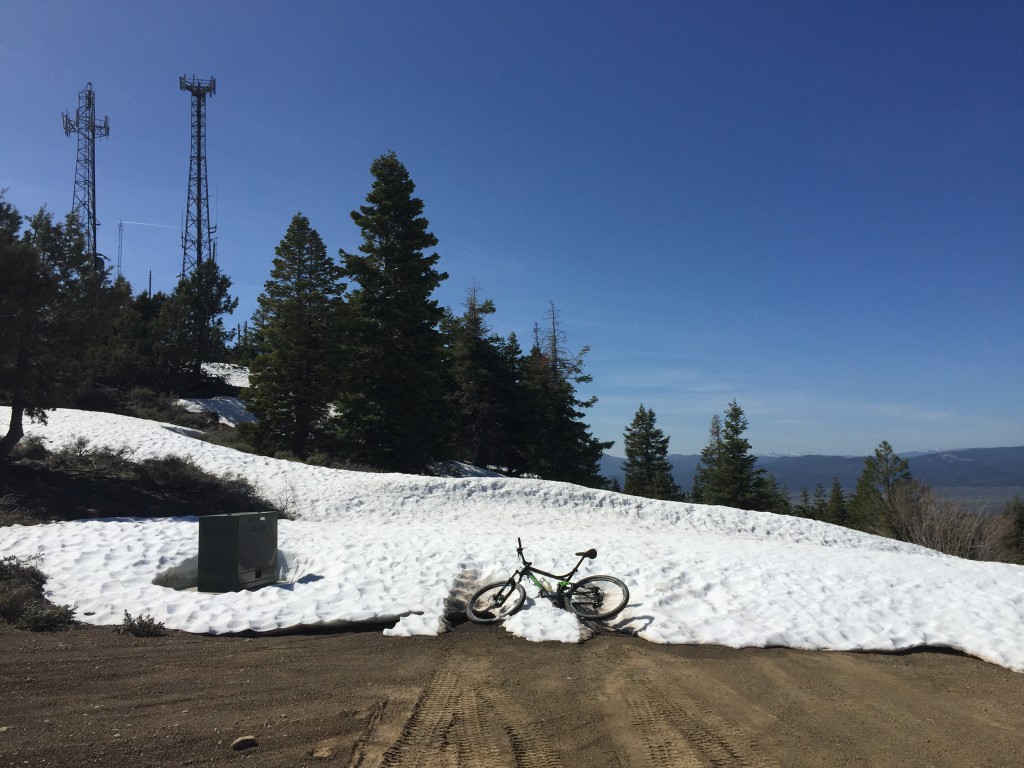 The radio antenna towers and snow int he hills above Lakeview. It might be a month or more before the snow melts and Agastache starts to grow!  It was about 23 C up there today.

The final stage of our vacation day was looking for aphids around the garden — one should never neglect that!  Few aphids are evident this time of year, but Myzaphis rosarum fundatrices are nearly developed to adult on Potentilla fruticosa outside my office window, and the seemingly omnipresent Rhopalosiphum oxyacanthae hatched a few days ago on both Sorbus (mountain ash) and Malus (apple) in the garden. 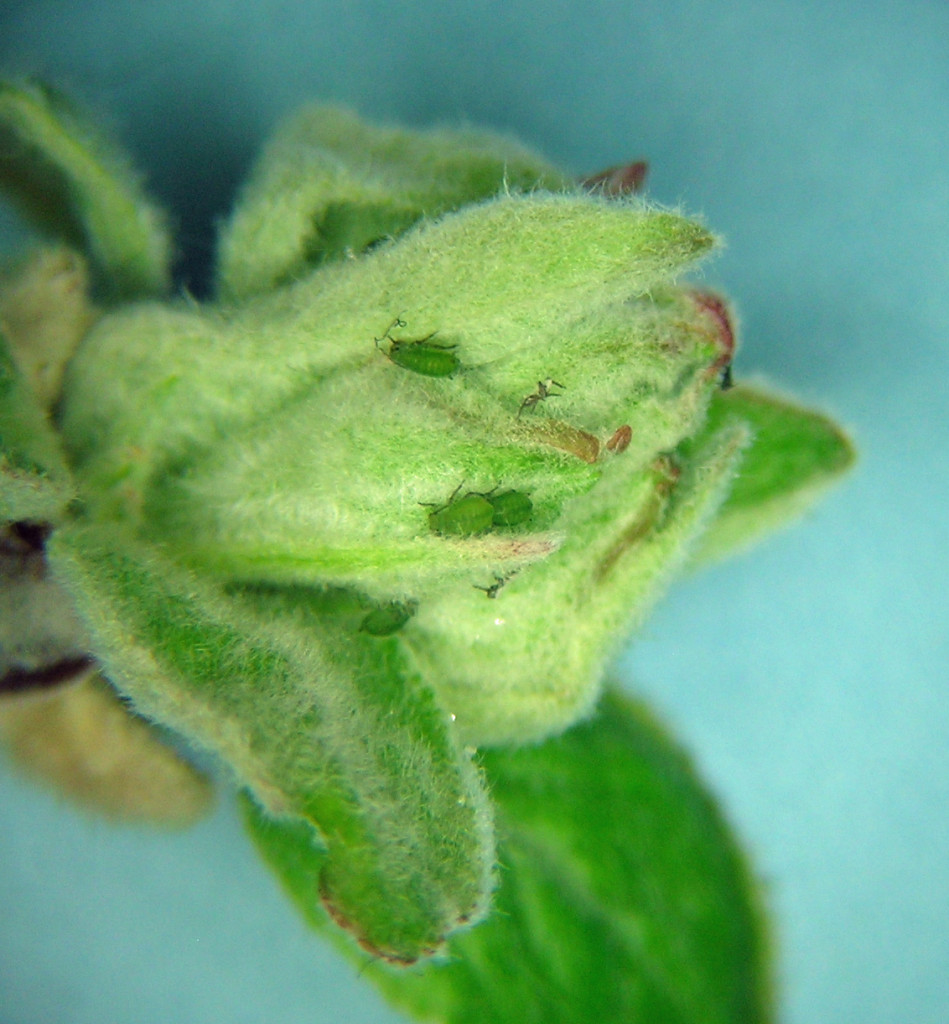 It was a good day.  Bumble is happily tired, and samples await processing in the coming days!